Must Employers Accommodate A Worker’s Request Not To Work On Sundays Because Of A Religious Belief? 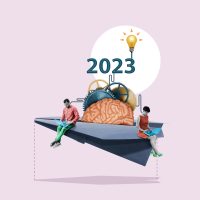 Bell Motors requires all of its salespersons to work on Sunday. Perticone is a Baptist who believes that Sunday is a day of rest for all people. When he interviewed for the position, Perticone informed his manager that he could work on Sunday, but that he would not make unsolicited sales calls on Sunday. His religious beliefs prevented him from interrupting others’ observance of the day of rest. The General Sales Manager, Stevens, and the Desk Manager, Lyons, were informed of this arrangement.

On Sunday, September 1, 2013, Lyons told Perticone to make unsolicited calls to prospective customers. When Perticone objected, Lyons expressed frustration and left to get Stevens. Minutes later, Stevens arrived and stated something to the effect of “I do not [care] about your religion. Get on the phones, or you are fired.” Perticone was not otherwise forced to make the calls. Intending to file a complaint, Perticone called a human resources representative, Jordan, later that day. He left a voicemail requesting a call back about an interaction with his supervisor that morning. Jordan never returned Perticone’s call.

On September 4, 2013, Stevens called Perticone into his office to discuss his performance. At the end of the meeting, Stevens told Perticone that he had listened to the voicemail Perticone left for human resources. Stevens directed Perticone to report any further complaints to him, not to human resources. When Perticone asked what to do if he needed to file a complaint against him, Stevens smirked and said, “We’re done. Get out.”

On September 20, 2013, Perticone witnessed a co-worker, Hah, scratching his name off the rotation list for new customers. When Perticone confronted him, Hah admitted to doing it and suggested that they could handle the disagreement with a physical altercation outside. Perticone immediately quit his employment with Bell Motors.

In denying Bell Motors’ motion for dismissal, the trial court concluded that “the fact that [Perticone] never made an unsolicited sales call on Sunday does not require a finding that [Bell Motors] actually accommodated his religious belief.” In support of its conclusion, the trial court pointed out that Perticone presented evidence that Stevens threatened to fire him if he did not make those calls. Thus, the trial court determined that a reasonable jury “could conclude that [Perticone] refused to make those calls despite [Bell Motors’] failure to accommodate.”

Based in Ocala, Florida, and representing workers throughout Florida, our employment law attorneys in Citrus County, Florida have dedicated their practice to fighting for the rights of employment discrimination victims. If you have experienced religious discrimination in the workplace or have questions about an employer’s obligation to accommodate your religious beliefs, please contact our office for a free consultation with our employment law lawyers in Citrus County, Florida. Our employee rights law firm takes employment discrimination cases on a contingency fee basis. This means that there are no attorney’s fees incurred unless there is a recovery and our attorney’s fees come solely from the monetary award that you recover.