Must Employers Accommodate Disabled Employees By Transferring Them To A Different Position? 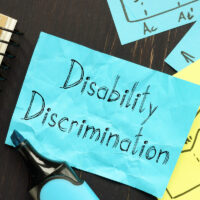 In that case, Michael Fisher (Fisher) brought an employment discrimination lawsuit against his former employer, Nissan North America, Inc. (Nissan), pursuant to the ADA. Fisher claims that Nissan violated the ADA by failing to transfer him to a vacant position as a reasonable accommodation for his disability.

In January 2003, Nissan hired Fisher as a production technician on its factory line. He primarily worked in the Fits rotation, attaching doors, hoods, and trunks to new vehicles. Approximately 12 years later, Fisher went on extended leave because of a severe kidney disease and, ultimately, a kidney transplant in August 2016. For months after the surgery, Fisher remained easily fatigued. The anti-rejection medicines caused serious side effects that Fisher described as “almost like having the flu every day.” By October 2016, Fisher’s leave was running out. Nissan’s human resources manager warned Fisher that if he could not return to work without restrictions, he could lose his job. When Fisher raised this situation with his doctor, she cleared him to return to work on October 17, 2016.

When Fisher returned to work, he was placed in what he hoped would be an easier position, building doors in the Closures rotation. However, Fisher found the work was “10 times harder” than Fits. Fisher requested extra breaks or to work half-time and was refused. When Fisher asked for transfer to a different position, his supervisor’s response was equivocal: “yes, maybe, you know, we’ll see.” Before a decision was reached on Fisher’s transfer request, the human resources manager informed Fisher that he had been granted extra leave.

In late November 2016, Fisher returned to work back at his old position in Fits. The work continued to be challenging. Fisher had not acclimated to his anti-rejection medicines, and his flu-like symptoms continued. He also needed time off for doctor’s appointments but had no leave time left. Fisher began to miss work more frequently—and to be disciplined for his absences. After a verbal warning and written warning in January 2017 for missing work, Fisher was issued on final written warning in February 2017 for leaving work early. According to Fisher, all of his absences from work were related to his kidney.

After each warning was issued, Fisher met with supervisors and human resources officials to discuss his attendance. Fisher testified that he always described his kidney transplant and requested potential accommodations. For example, after being warned about missing work for a doctor’s appointment in December 2016, Fisher asked his supervisor “again” if there was an easier position, such as checking bolts or working in final fit. The supervisor responded, “I feel for you, but my hands are tied.”

When describing his final meeting with human resources officials on February 3, 2017, Fisher explained that he was pessimistic because he had “asked them before” for help. When he attempted to describe his illness and need for restrictions, according to Fisher, the human resources representative “went ballistic” and said that Fisher could not “just be going home for a stomachache.” At the end of the meeting, a human resources official told Fisher that he had “never seen anybody come back” from a final written warning. So, Fisher left the plant without informing his supervisors and did not return.

Transfer Is A Reasonable Accommodation

The trial court dismissed Fisher’s disability discrimination claim. On appeal, the Sixth Circuit reversed the trial court’s decision and reinstated Fisher’s disability discrimination claim. At the outset of its opinion, the Sixth Circuit pointed out that Fisher had requested transfer to a different position as a reasonable accommodation for his disability. More specifically, Fisher testified that he had a friend who was injured while working for Nissan and was placed in an inspection position checking bolts and hoods, and that he repeatedly requested a similar move. Fisher further testified that he was qualified to inspect vehicles and he could have been placed in an inspection position when he requested the transfer.