Must Employers Who Condition Job Offers On Passing A Medical Exam Keep The Medical Information Confidential? 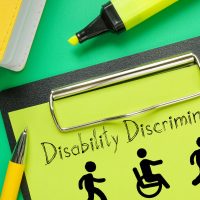 In Byrd, a man named Byrd brought an employment discrimination lawsuit against Outokumpu Stainless USA, LLC (Outokumpu), pursuant to the ADA. Byrd claims, in relevant part, that Outokumpu violated the ADA by unlawfully disclosing his medical information and failing to keep it confidential.

Outokumpu operates a steel mill. Byrd was employed by RHI, a contractor for Outokumpu, working on-site in the caster department. Outokumpu eventually offered Outokumpu a caster job position. Outokumpu’s offer of employment, however, was conditioned on Byrd passing a physical and drug test. Although Byrd passed the physical and drug test, Outokumpu learned that Byrd was prescribed a certain pain medication and rescinded its employer offer. The medication at issue was prescribed by a medical doctor due to a knee injury that Byrd experienced years ago, which limits Byrd in several major life activities.

In support of its conclusion, the trial court observed that an electrician employed by Outokumpu told Byrd that “someone asked over the radio who was coming in on the next shift and, when the answer was [Byrd’s first name], someone said, “Oh, the one who can’t pass the drug test.” The trial court also pointed out that another electrician employed by Outokumpu told Byrd that there was a rumor going around in the administration building that Byrd had “too much medication going on” and so Outokumpu would not hire him. The trial court further observed that an employee of Outokumpu, Dickson, “heard someone say over the radio, ‘Where is that druggie at?” Byrd, who was with Dickson at the time, became angry and said, “I’m tired of hearing that,” so Dickson assumed the reference was to Byrd. Finally, the trial count explained, Byrd claims that another employee of Outokumpu, Zielinski, “went to my boss and told her that I was on four or five different medications that they couldn’t hire me.” Based on this evidence, the trial court concluded, a jury could reasonably find that Outokumpu violated the ADA by disclosing Byrd’s medical information and failing to keep Byrd’s medical information confidential.