Are Employees Protected From National Origin Harassment From Nonemployees? 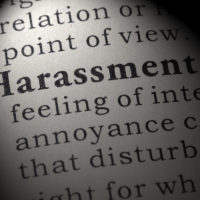 Having litigated hostile work environment harassment cases in Florida state and federal courts for nearly twenty years, our Citrus County, Florida hostile work environment harassment attorneys know that many employers adopt a “see no evil, hear no evil” strategy to harassment of their employees by nonemployees. Under well-established law, employers are responsible for the harassing acts of nonemployees, including customers, clients, and independent contractors, where the employer knows or should know of the conduct and fails to take immediate and appropriate corrective action to stop the harassment and prevent the harassment from recurring.

In defending themselves against hostile work environment harassment claims involving nonemployees, employers routinely argue that they should not be held liable for the harassment because they do not have the ability to control nonemployees. However, as explained by the U.S. Seventh Circuit Court of Appeals in Dunn v. Washington County Hospital, 429 F.3d 689 (7th Cir. 2005), “employers have an arsenal of incentives and sanctions” that “can be applied to affect [nonemployee] conduct.” Moreover, as the Dunn court pointed out, the employer’s responsibility is to provide employees with nondiscriminatory working conditions.” “The genesis of inequality matters not,” the Dunn court observed, “what does matter is how the employer handles the problem.”

Employee Harassed Because Of His National Origin

Zasada, a native of Poland, was employed as a police officer by the City for nearly seven years until his termination. Zasada alleged that he was subjected to continuous harassment because of his Polish national origin by a police officer, Barrella. Barrella was not employed by the City, but instead was employed by Douglas County, Colorado. Zasada claimed that Barrella frequently made derogatory remarks to him about “Pollocks.” For example, when Barrella first learned that Zasada was from Poland, he “immediately made a derogatory comment” to Zasada about “Pollocks” in the presence of other officers. After this incident, according to Zasada, Barrella continued to make derogatory remarks to him about “Pollocks”

Employer Knew Of Harassment & Failed To Stop It