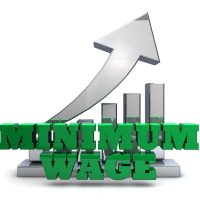 In 2020, Florida voters approved an increase in the state’s minimum wage. The law now requires annual increases in the minimum wage until it reaches $15 an hour in 2026. The current minimum wage in Florida is $11 an hour, which went into effect on September 30, 2022. The wage will jump again next year, increasing to $12 an hour effective September 30, 2023. Meanwhile, many Citrus County employers are still getting used to the new wage of $11 an hour. Below, our Inverness, Florida, labor lawyers explain what workers need to know about Florida’s minimum wage laws and minimum wage violations, wage theft, and unlawful pay discrimination.

In 2020, the Florida Constitution was amended by a statewide voter referendum titled Florida Amendment 2. As a referendum on the ballot, the measure needed approval by a supermajority of 60% of voters. When the final votes were counted, the laws passed by a slim margin of 60.8% in favor. The measure did not even garner a majority of votes in Citrus County, where only 49.1% supported the increase. Nevertheless, enough Floridians statewide voted to push the referendum over the finish line, and the state’s Constitution was amended accordingly.

At the time the law was passed, the minimum wage in Florida was $8.56 an hour, more than a dollar an hour above the federal minimum wage of $7.25 an hour. About 20 states follow federal law and don’t have a minimum wage of their own, but in states that have adopted a higher minimum wage, employers are obliged to pay the higher state wage. As noted, the Florida minimum wage currently sits at $11 an hour as of September 30, 2022. Scheduled annual increases will bring the state’s minimum wage to $15 an hour late in 2026.

In 2017, the Economic Policy Institute (EPI) conducted a study of wage theft among the ten most populous states in the country. They found that Florida led the nation in minimum wage violations and was the state where wage theft was most likely to occur. In the Sunshine State in 2015, 404,000 workers experienced minimum wage violations, amounting to 7.3% of eligible workers and 24.9% of eligible low-wage workers. The average weekly underpayment was $54, equaling $2,800 for a full year of violations to a minimum wage worker earning only $11,100 annually. Statewide, these violations led to well over a billion dollars earned but unpaid to Floridians in 2015 when the minimum wage was only $8.05 an hour. Comparable figures today would be much higher.

The EPI report also concludes that wage theft across the country is more likely to be experienced by racial minorities than whites. This is partly due to the fact that people of color are disproportionately represented in minimum wages, particularly in the industries most likely to see minimum wage violations, including the leisure and hospitality industry (food service, in particular), retail and agriculture. Workers in service jobs, sales, and office and administrative support are the most likely to experience minimum wage violations. These occupations are also rife with employment discrimination based on race, color and ethnicity; wage disparity as a result of intentional discrimination is prohibited by law.

Most Workers Are Covered by Minimum Wage Laws in Florida

Almost all Florida employees are covered by minimum wage laws and must be paid at least the applicable state minimum wage. Under U.S. Department of Labor rules, employees are entitled to the minimum wage if they work at any covered enterprise, which is a business with at least two employees and an annual dollar volume of sales or business of at least $500,000. Hospitals, businesses providing medical or nursing care for residents, schools and preschools, and government agencies are also covered enterprises regardless of sales or business volume.

Even if the business is not a covered enterprise, employees are entitled to be paid the minimum wage if their work regularly involves them in “interstate commerce.” This term is defined very broadly; it could include a factory worker, an office worker, or even a janitor who works in a building where goods are produced for shipment outside the state.