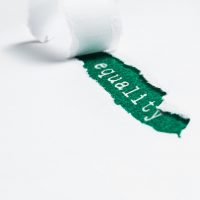 On September 14, 2021, the EEOC issued a press release announcing that it has filed a racial harassment lawsuit against Coastal Drilling East, LLC (Coastal Drilling). On September 13, 2021, the EEOC filed the racial harassment lawsuit, U.S. E.E.O.C. v. Coastal Drilling East, LLC, Case No. 2:21-cv-01220, in the U.S. District Court for the Western District of Pennsylvania after first attempting to address the alleged unlawful employment discriminatory practices through its conciliation program. The EEOC has filed the racial lawsuit under Title VII of the Civil Rights Act of 1964 (Title VII) on behalf of a former employee of Coastal Drilling, an African-American man named Pryce. The EEOC claims that Coastal Drilling violated Title VII by requiring Pryce to work in a racially hostile work environment.

Title VII, which was enacted at the height of the American Civil Rights Movement, makes discrimination against employees on the basis of race an unlawful discriminatory employment practice. In construing Title VII, courts have uniformly determined that racial harassment is a form of race discrimination forbidden by Title VII. To violate Title VII, racial harassment must be sufficiently severe or pervasive to alter the conditions of the victim’s employment and create a hostile working environment. Under Title VII, employers are obligated to protect employees from racial harassment in the workplace. Once an employer knows or should know that an employee is being harassed on the basis of race, Title VII requires the employer to take prompt and effective remedial measures to protect the employee and prevent the racial harassment from continuing.

In March 2019, Pryce began working for Coastal Drilling at its drill site in Graysville, Pennsylvania. Beginning on his first day of work and continuing throughout his employment, according to the EEOC, Pryce was subjected to a sustained campaign of egregious racially harassing behavior from co-workers. The racial harassment Pryce endured included racial slurs and display of nooses. After observing a noose in the workplace for the second time in April 2019, Pryce lodged a complaint with a supervisor. The EEOC maintains that the supervisor laughed about the noose and failed to take any action to remove the noose.

In late October 2019, an employee tapped Pryce on the shoulder and said that he had a gift for Pryce. The employee then handed Pryce the third noose. That same day, Pryce reported the noose to another supervisor. In response to Pryce’s complaint about the noose, the supervisor laughed and said he would talk to Pryce’s co-workers. The EEOC contends that Coastal Drilling never investigated Pryce’s complaints of racial harassment or took any corrective action to stop the racial harassing behavior from recurring. Because of the continuous racial harassment and Coastal Drilling’s failure to stop the racial harassment, the EEOC claims that Pryce was compelled to resign his employment in January 2020 in order to escape the racially hostile working environment.

In a press release issued on September 14, 2021 regarding the case, a regional attorney for the EEOC’s Philadelphia District Office, Debra Lawrence, observed that “some people say that workplace racism in the United States has become more subtle, more covert, and perhaps less common than it was in the past.” “But those of us who enforce federal anti-discrimination laws everyday,” Ms. Lawrence explained, “know that on-the-job racial bigotry has not gone underground.” “Rather,” Ms. Lawrence emphasized, “it remains a pervasive problem that exists out in the open to be seen by anyone who bothers to look.”