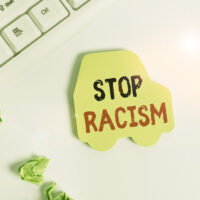 In that case, Teoka Williams (Williams) brought a racial discrimination lawsuit against her former employer, Beaumont Health System (Beaumont), pursuant to Title VII. Williams, who is African-American, alleges that Beaumont violated Title VII by reassigning her on the basis of race in order to accommodate a patient’s racial preference.

Following her shift, Williams made a written complaint to the human resources department about the incident. On November 8, 2017, Williams met with human resources personnel. Williams alleges that she was told that “patients have the right to refuse care for whatever reason.” Williams further claims that she was told that “a patient refusing care based on race is no different from a Middle Eastern female requesting not to have a male as her nurse.”

Race Cannot Be A Basis For Employment Decisions

Beaumont filed a motion with the trial court seeking dismissal of Williams’ race discrimination claim. In defending its decision to reassign Williams, Beaumont argued that Williams’ case failed because there was no evidence that Kopriva explicitly expressed a racial motivation for changing the patient’s nursing assignment. The trial court rejected this argument and ruled that Williams had presented sufficient evidence to bring her race discrimination claim before a jury for resolution.

At the outset of its opinion, the trial court explained that “any intentional use of race—whether for malicious or benign motives—is subject to careful judicial scrutiny.” In rejecting Beaumont’s argument, the trial court determined that “this case is about what Kopriva and Beaumont believed,” not whether Kopriva and Beaumont admitted that the decision to reassign Williams was based on race. The trial court further explained that Title VII is violated when an employer uses race as a basis for an adverse employment decision. Thus, if Kopriva reassigned Williams because the patient did not want a black nurse, then the reassignment was based on Williams’ race and violated Title VII. Under such circumstances, the trial court pointed out, the “record need not contain evidence of bad faith, ill will, or any evil motive on the part of the employer.”

Having set forth the proper analytical framework to evaluate Williams’ race discrimination claim, the trial court concluded that there was direct evidence establishing that Kopriva reassigned Williams based on the patient’s racial preference. The trial court pointed out that Williams testified that she overheard the patient tell someone on the phone that she did not want a black nurse. When Kopriva spoke to the patient, Williams overheard the patient tell Kopriva that she did not want a black nurse. “Within moments” of these incidents, the trial court observed, Kopriva reassigned Williams and replaced her with a white nurse. From this evidence, the trial court concluded, “a reasonable jury could find that ‘unlawful discrimination’ (i.e., reassigning Williams because of her race) was at least a motivating factor in the employer’s actions.”