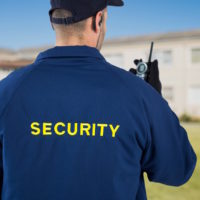 Having represented the victims of age discrimination for nearly twenty years, our Marion County, Florida employment discrimination attorneys have learned that employers continue to make employment decisions based on inaccurate and stigmatizing stereotypes about age. For example, employers often discharge older workers because they believe older employers are less likely to be committed to a job because they can retire at any time. As explained by the U.S. Supreme Court in Hazen Paper Co. v. Biggins, 507 U.S. 613 (1993), Congress’ passage of the Age Discrimination in Employment Act (ADEA) “was prompted by its concern that older workers were being deprived of employment on the basis of inaccurate and stigmatizing stereotypes.” The decision by the U.S. District Court of Appeals in Wilson v. Cox, 753 F.3d 244 (D.C. Cir. 2014) illustrates that remarks reflecting age-based stereotypes are compelling evidence of age discrimination.

In that case, Theodore Wilson (Wilson) sued his former employer, the Armed Forces Retirement Home (AFRH), pursuant to the ADEA. Wilson claimed that the AFRH fired him because of his age in violation of the ADEA. Wilson retired from the military in 1974 after having accumulated more than twenty-three years of service in the Air Force and Army. In 2001, when Wilson was sixty-nine years old, the AFRH hired him as a security guard. The AFRH, a federal executive agency, operates two facilities, one in Washington D.C. and one in Mississippi, which provide “residences and related services for certain retired and former members of the Armed Forces.” Wilson worked at the Washington D.C. facility.

When he began working for the AFRH, Wilson did not reside at the Washington D.C. facility. In 2002, Wilson became a resident. At the time, the AFRH operated a resident employee program under which residents could work at a facility in various positions, including security and health care services. Wilson decided to become a resident, in part, because he could continue his employment at the facility.

In 2002, Timothy Cox (Cox) became the AFRH’s Chief Executive Officers. Cox decided to replace the resident employee program with a resident stipend program. Under the stipend program, residents could earn no more than $120 per month for twelve hours of work in a “supportive role.” Any additional work would be uncompensated donation time to the AFRH. In January 2004, as a result of the dissolution of the resident employee program, the AFRH terminated Wilson’s employment. Wilson was then seventy-one years of age.

Cox met with the residents about his decision to abolish the resident employee program. In the meeting, Cox told the residents, “you didn’t come here to work, you came here to retire.” Cox also discussed his decision in a telephone conversation with Wilson’s Equal Employment Opportunity (EEO) counselor. According to the EEO counselor, another issue Cox had with the older guards was that “they were not doing their jobs properly, as from time to time they would be found asleep, which was not safe for a government agency in DC, what with all the threats since 9/11.” Although Cox expressed a concern about a perceived tendency of older guards to fall asleep, he testified that had heard about only one such incident. Cox later testified that he eliminated the resident employee program in order to save costs and assure a better trained workforce.

The D.C. Circuit determined that Cox’s statements were direct or “smoking gun” evidence that Wilson was fired on the basis of age because they “indicate the type of inaccurate and stigmatizing stereotypes that led Congress to enact the ADEA.” The appellate court found that Cox’s statement that AFRH residents were “here to retire,” rather than “to work,” was “indicative of an inaccurate and discriminatory assumption that older residents should not want to work or would prefer not work.” The court of appeals also found that Cox’s concerns about older security guards falling asleep on the job, based on one incident alone, was “suggestive of impermissible, inaccurate stereotyping.” Based on such a discriminatory stereotype, the court of appeals reasoned, Cox “attributed sleepiness to all older guards as a class and terminated the resident employee program on that discriminatory basis.” Thus, the D.C. Circuit concluded, Wilson had presented evidence establishing that a discriminatory intent motivated the decision to abolish the resident employee program and terminate his employment.”