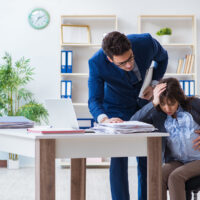 For more than twenty years, our Lake County, Florida employment discrimination lawyers have fought for the rights of Florida employees who have been discriminated against on the basis of pregnancy.  Through decades of experience representing pregnancy discrimination victims, our Leesburg, Florida employment discrimination attorneys know employers often subject women to mistreatment after learning of their pregnancy, including ignoring them in the workplace, increasing their work load, failing to provide them with work-related assistance, scrutinizing their work performance, and subjecting them to disciplinary action.  In many cases, the mistreatment culminates in the pregnant employee’s termination.

In this article, our Lake County, Florida employment discrimination lawyers explain how the recent decision by the U.S. District Court for the Western District of Pennsylvania in Kramer v. Franklin Covey Co., Case No. 2:18-1599 (W.D. Pa Feb. 9, 2021) illustrates that when an employee is mistreated after disclosing her pregnancy, the mistreatment can be used to prove that the employee was ultimately demoted or discharged because of her pregnancy in violation of the federal anti-discrimination laws.

Worker Alleges Mistreatment Because Of Pregnancy

In that case, Shelby Kramer (Kramer) brought a pregnancy discrimination claim against her former employer, Franklin Covey Co., (Franklin Covey), pursuant to Title VII of the Civil Rights Act of 1964, as amended by the Pregnancy Discrimination Act (PDA). The PDA makes discrimination against women on the basis of pregnancy, childbirth, or related medical conditions an unlawful discriminatory employment practice. Kramer maintains that Franklin Covey violated the PDA by demoting her because of her pregnancy.

In 2015, Kramer began working for Franklin Covey as a Sales Manager. Later that same year, Kramer became a Managing Director. In this position, Kramer’s duties included managing a group of Client Partners, holding them accountable for sales goals, attending client visits with them, and creating strategy for developing accounts.

In October 2016, Kramer informed her General Manager, a man named Josie, that she was pregnant and planned to take an eight-week maternity leave beginning in April 2017. According to Kramer, General Manager Josie’s treatment of her changed after she revealed her pregnancy and planned maternity leave. Kramer claims that General Manager Josie “began to generally ignore her,” canceled meetings with her, allowed other teams to take accounts from her team, failed to provide her team with gift cards for achieving substantial growth despite awarding other teams gift cards, and canceled hiring on her team because he believed it would not be a good idea to hire employees shortly before Kramer began her maternity leave.

Around the same time that Kramer disclosed her pregnancy and planned maternity leave, Franklin Covey maintains that it began restructuring its business. As part of the restructuring, Kramer was informed that she would be transferred from her Managing Director role into a Client Partner role. As a Managing Director, Kramer would no longer be charged with supervising employees. Three male Managing Directors were retained. Ultimately, Kramer took an early maternity leave because her doctors recommended doing so due to stress and complications from her pregnancy. On June 14, 2017, Kramer resigned her employment with Franklin Covey.

At the outset of its opinion, the trial court found that the transfer of Kramer from Managing Director to Client Partner constituted a demotion “to a lower-level position with less responsibility” because her “transfer meant that she would no longer be charged with supervising Client Partners.” The trial court also determined that a reasonable jury could find that Kramer was demoted because of her pregnancy. In support of its conclusion, the trial court pointed to the “aggravating conduct” of General Manager Josie after he learned of Kramer’s pregnancy and planned maternity leave, including stopping scheduling meetings with her, letting other teams take accounts from her team, refusing to provide her team with gift cards, and refusing to allow her to hire new members for her team. This “aggravating conduct,” the trial court reasoned, was sufficient evidence to establish a “nexus” between Kramer’s pregnancy and demotion.