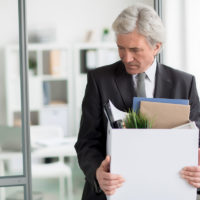 Having been committed to fighting for the rights of employment discrimination victims for nearly twenty years, our Citrus County, Florida employment discrimination lawyers have learned that employers continue to target older workers for termination. In the overwhelming majority of cases, employers are careful to mask their discriminatory intent to terminate employees because of their age. The most common tactic used by employers to mask their discriminatory intent is to subject older employees to a negative performance evaluation in order to lay the groundwork for discharging them. In some cases, however, employers let the “cat out of the bag” and explicitly disclose their discriminatory intent. The alleged facts in Scheick v. Tecumseh Public Schools, 766 F.3d 523 (6th Cir. 2014) are illustrative of the rare case where “smoking gun” evidence of age discrimination exists despite an employer’s attempt to lay the groundwork for an older worker’s termination.

“Laying The Groundwork” To Fire Principal

In that case, Robert Scheick (Scheick) sued his former employers, Tecumseh Public Schools (TPS) and Professional Educational Services Group, LLC (PESG), pursuant to the Age Discrimination in Employment Act (ADEA). Scheick claimed that TPS and PESG fired him because of his age in violation of the ADEA. Scheick was hired as Principal of Tecumseh High School in July 2004, when he was 51 years of age, and continued in that position until July 2010. For the first three years of his tenure, Scheick was employed directly by TPS. Then, by agreement, Scheick formally retired from TPS and was hired by the staffing firm PESG to continue working as principal under a three-year contract between TPS and PESG through June 2010.

In early 2010, when Scheick was 56 years of age, TSS decided not to renew the contract for his services. For the last four years of his tenure as principal, Scheick reported directly to a Superintendent of TPS named McAran. McAran, who is older than Scheick by about ten years, was responsible for overseeing the Tecumseh school district, managing the budget, and making final personnel decisions. McAran insisted that he alone made the decision not to renew Scheick’s contract. Although he did not specify when he made that decision, McAran testified that it was “well before” he met with Scheick to discuss what would be Scheick’s final performance evaluation in February 2010. The performance evaluation prepared by McAran identified several perceived deficiencies with Scheick’s performance. McAran admitted that he prepared the performance evaluation with the intention of “laying the groundwork” to end Scheick’s employment relationship with TPS.

Overlapping the performance identified by McAran in the performance evaluation, TPS also claimed that the decision not to renew Scheick’s contract was the result of budget cuts due to reductions in state funding for the school district. As part of the budget cuts, according to TPS, the positions of superintendent and principle were consolidated. In connection with the consolidation, McAran assumed the duties of both positions on July 1, 2010. The TPS Finance Director testified that TPS expected the consolidation of these positions to last one or two years. The situation allegedly changed, however, when TPS learned in mid-July 2010 that the reductions in state funding would likely be smaller than anticipated. With the now smaller than expected cuts in state funding for the school district, TPS hired a 44-year old in August 2010 to be the principal at Tecumseh High.