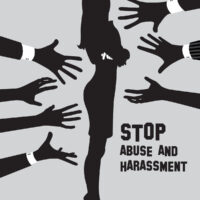 In that case, Nigil Dowdell (Dowdell) filed a sexual harassment lawsuit against her former employee, Culpepper & Associates Security Services, Inc. (Culpepper), pursuant to Title VII of the Civil Rights Act of 1964 (Title VII). Title VII makes sexual harassment in the workplace an unlawful employment practice. Dowdell claims that Culpepper is liable for the hostile work environment sexual harassment she experienced because the company should have anticipated that she would become a victim of sexual harassment yet failed to take action reasonably calculated to prevent such harassment.

From March 2018 until July 2018, Dowdell was employed by Culpepper as a security officer at the New Orleans Veterans Hospital. On June 5, 2018, according to Dowdell, she was at work when her shift supervisor, Assad, put his hands between her legs and groped her genitalia. After the incident occurred, Dowdell claims that she reported the incident on June 11, 2018 to Culpepper’s office administrator. After Dowdell reported the incident, Assad was fired on June 12, 2018.