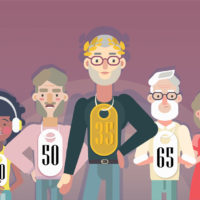 In that case, Judith Wyman (Wyman) claimed that she was fired on the basis of age by Evgeros, Inc. (Evgeros). In 1987, Wyman began working as a server at a restaurant operated by Evgeros. In March 2013, Wyman took a medial leave of absence to undergo surgery. After her doctor released her to return to work on October 1, 2013, Wyman approached management about when she would be returned to the schedule. A manager told Wyman that the schedule for the week had already been prepared and placed Wyman on on-call status. As no one called off, Wyman did not work that week.

Later that month, a manager called Wyman and informed her that she was scheduled to work on October 14 starting at 1:00 p.m. Evgeros claimed that Wyman agreed to work the shift. However, Wyman maintained that she told management that she could not work and never agreed to come in. As a result, Wyman did not show up for the shift. Around 2:00 p.m., Wyman called a manager to explain why she was not at the restaurant and stated that she was unaware that she was on the schedule. Evgeros asserted that Wyman told the manager that she was a “morning girl” and would not work the afternoon shift.

Wyman was then scheduled for two more afternoon shifts starting at 1:00 p.m. on October 21 and October 28. Evgeros asserted that Wyman refused to work both shifts and did not show up for either shift. Wyman maintained that she did not know she had been scheduled to work in the afternoon and she expected Evgeros to honor her request to work morning shifts. On October 28, Evgeros sent Wyman a letter terminating her employment because she failed to appear for scheduled shifts and refused to work available shifts.

Differential Treatment Of Employees Is Evidence Of Discrimination