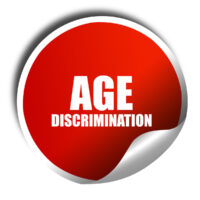 The ADEA protects older workers from being treated more harshly than younger employees. “Proof of a discriminatory motive” in an employment decision, as the U.S. Supreme Court explained in International Bd. of Teamsters v. United States, 431 U.S. 324 (1977), “can in some situations be inferred from the mere facts of differences in treatment.” In this article, our Ocala, Florida age discrimination victims’ attorneys explain how the decision in Garren v. CVS RX Services, Inc.,Case No. 3:17-cv-149 (E.D. Tenn. Aug. 28, 2020) illustrates that evidence showing that an employer’s treatment of an older employee differs from that accorded to younger employees is a form of circumstantial evidence used to prove age discrimination.

In that case, Tommy Garren (Garren) brought an age discrimination lawsuit against his former employer, CVS RX Services, Inc. (CVS), pursuant to the ADEA. Garren claims that CVS violated the ADEA by firing him because of his age.

Employee Asked When Planned To Retire

In 2015, CVS customer receipts included a phone number for customers to call and complete a survey on store and pharmacy service. Garren testified that it had been a long-time practice at the Tellico Plains store for Broyles and the Store Manager, Plemons, to encourage employees to call in customers’ surveys to give the store good marks. Another pharmacy employee, Hamrick, testified that Plemons and a shift supervisor would once a month make “bogus survey calls using discarded sales receipts in order to manipulate the store’s metric scores.” Hamrick further testified that Plemons and the shift supervisor would ask to borrow her cell phone to make the calls.

Employee Claims Targeted Because Of Age

After being transferred to the Tellico Plains store in 2015, Garren noticed that the survey marks on the pharmacy were going down. He believed that Plemons was manipulating the surveys to make the pharmacy look bad. Consequently, Garren deliberately kept two receipts customers did not want and, in view of the security cameras, called in survey results from those two receipts. On both surveys, he gave the pharmacy the highest marks and the front of the store the lowest marks. Garren testified that he did this in order to trigger an investigation into employee completion of the surveys.

During the meeting, Garren admitted that he had called in the two surveys, said that he had done it to trigger an investigation into how he was being sabotaged, said the practice was widespread, and asked the Loss Prevention Manager to investigate Broyles and others regarding the handling of the surveys. Garren further claimed that he was being discriminated against based on his age. Later that day, Broyles fired Garren. CVS replaced Garren with two new pharmacy graduates. The current incumbent of the position is twenty-seven years old.

CVS filed a motion with the trial court seeking dismissal of Garren’s age discrimination claim. CVS argued that it had a legitimate, non-discriminatory reason for firing Garren: he admitted to fraudulently completing customer surveys. The trial court denied CVS’s motion for dismissal and ruled that Garren was entitled to proceed to a jury trial on the issue of whether CVS fired him because of his age.

In denying CVS’s motion for dismissal, the trial court focused on Garren’s evidence showing that he was treated more harshly than younger employees who engaged in the same conduct. The trial court pointed out that Garren’s evidence reflected that “everyone” at the store made the same calls he made at the direction of the Store Manager and District Manager, but the other, younger employees who engaged in the same conduct were not fired. The trial court also observed that Garren offered evidence that at the meeting to discuss his completion of two surveys, he told Broyles and the Loss Prevention Manager that he made the calls in view of the security cameras on purpose to trigger an investigation, and then he said Broyles had encouraged store employees to complete surveys fraudulently.

Despite receiving this information from Garren, the trial court noted, CVS did not investigate other employees for fraudulently completing customer surveys. Because Garren had produced evidence showing that CVS did not fire other, younger employees who engaged in the same conduct for which it fired Garren, the trial court determined that a reasonable jury could find CVS’s claim that it fired Garren for fraudulently completing customer surveys was a pretext for age discrimination. In other words, the trial court explained, because CVS treated Garren differently and less favorably from younger employees under the same circumstances, a reasonable jury could find that Garren’s age was the real reason for his termination.