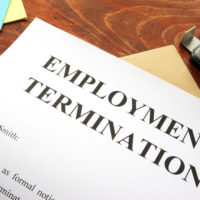 Title VII of the Civil Rights Act of 1964 (Title VII) prohibits employers from retaliating against employees for opposing any practice made an unlawful employment practice under Title VII. Under long standing law, an employee who makes an internal complaint of sexual harassment is protected from retaliation by Title VII. Having represented employees victimized by retaliation for complaining about sexual harassment for more than 15 years, our Central Florida retaliation attorneys have learned that employees who are the subject of a complaint of discrimination or harassment sometimes target the complaining employee for termination by feeding information to management that is intended to cause the termination of the complaining employee. The decision by the U.S. District Court for the Western District of New York in Welch v. Bill Cram, Inc., 2017 3676040 (W.D. N.Y. Aug. 25, 2017) illustrates that management’s reliance on information provided by the employee who was the subject of a discrimination or harassment complaint can be used to prove a retaliatory discharge.

In that case, Christopher Welch (Welch) brought claims for sexual harassment and retaliation pursuant to Title VII against Bill Cram, Inc. (Company). Welch had been employed by the Company as a parts clerk. Welch alleged that he was sexually harassed by his male supervisor. Welch claimed that the supervisor’s sexual behavior towards him included groping his buttocks, rubbing his genitals into his buttocks, and rubbing his shoulders. Welch alleged that when he told his supervisor to stop engaging in these types of behavior, the supervisor told him that if he complained about them, the supervisor would have him fired.

Based in Ocala, Florida and representing employees throughout Central Florida, we have substantial experience representing employees who have been retaliated against for complaining about discrimination or harassment in the workplace. If you have been retaliated against, or have questions about your protection from retaliation when complaining about discrimination or harassment, please contact our office for a free consultation with our Central Florida retaliation attorneys. Our employee rights law firm takes employment retaliation cases on a contingency fee basis. This means that there are no attorney’s fees incurred unless there is a recovery and our attorney’s fees come solely from the monetary award that you recover.