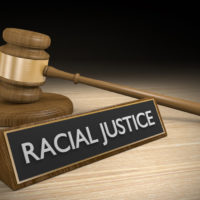 Title VII of the Civil Rights Act of 1964 (Title VII) prohibits employers from discriminating against employees on the basis of race. Although Title VII does not mention racial harassment, courts have consistently held that racial harassment is a form of race discrimination prohibited by Title VII. As explained by the U.S. Eighth Circuit Court of Appeals in Quick v. Donaldson Co., 90 F.3d 1372 (8th Cir. 1996), the fundamental question for a Title VII hostile work environment racial harassment claim is whether “the workplace is permeated with discriminatory intimidation, ridicule, and insult that is sufficiently severe or pervasive to alter the conditions of the victim’s employment and created an abusive working environment.”

Having represented employees victimized by racial harassment for more than 15 years, our Central Florida racial harassment attorneys have learned that employers frequently refuse to address, let alone attempt to prevent and correct, racially harassing behavior that allegedly occurs outside of the workplace. Indeed, employers often consider harassing behavior that occurs outside of working hours or the office as harassment occurring outside of the workplace for which they are not obligated to remedy. The decision by the U.S. Eighth Circuit Court of Appeals in Dowd v. United Steelworkers of America, 253 F.3d 1093 (8th Cir. 2001) illustrates that courts have taken an expansive view of what constitutes an employee’s workplace and employers who ignore their remedial obligations because of cramped notions of what constitutes a harassment victim’s workplace do so at their own peril.

In Dowd, Stanley Dowd (Dowd) and Richard Brown (Brown) brought claims for hostile work environment racial harassment against Goodyear Tire & Rubber Company (Goodyear) and the United Steelworkers of America (Union) pursuant to Title VII. The Union was the bargaining representative for 1,400 employees at Goodyear’s plant in Lincoln, Nebraska. As a labor organization, the Union was considered an employer for purposes of Title VII. The racial harassment claims of Dowd and Brown arose out of a three-week strike by their local union at Goodyear’s plant in Lincoln. Throughout the strike, local union members picketed on public property in front of the Goodyear plant.

After the strike ended, Dowd and Brown were subjected to more racial harassment while working at the Goodyear plant, including racial slurs, racial remarks on tee shirts, racial graffiti, on plant walls, and racial comments over the intercom system. There was also evidence that the Union president used a racial epithet against Brown. Dowd and Brown testified that white employees were not subjected to the same kind of treatment when they crossed the picket line or after the strike ended.

Goodyear settled before trial. The jury returned a verdict for Dowd and Brown on their racial hostile work environment claims against the Union. On appeal to the Eighth Circuit, the Union argued that Dowd and Brown could not show that the conduct on the picket line created a hostile work environment because the conduct took place on public property in front of the plant instead of inside the plant during work hours.

In rejecting the Union’s argument, the Eighth Circuit explained that the Union placed “too much importance on the time and place of the offensive conduct instead of the nature and manner of the offensive conduct.” In doing so, the appellate court pointed out, the Union construed the concept of an employee’s “working environment too narrowly” because the “offensive conduct does not necessarily have to transpire at the workplace in order for a jury to reasonably conclude that it created a hostile working environment.” In fact, the appellate court observed, a prior Eighth Circuit decision upheld a hostile work environment sexual harassment claim where the “offensive conduct took place in a hotel, after hours, on a business trip.”

Here, the appellate court reasoned, “the offensive conduct was in physical proximity to the plant, and, arguably perpetrated with the intention to intimidate and to affect the working atmosphere inside the plant.” Thus, the Eighth Circuit concluded, a reasonable jury could have found that the “racial abuse hurled at [Dowd and Brown] as they attempted to go to and from work was sufficiently severe or pervasive to alter the conditions of [their] working environment and create an abusive working environment.”

Based in Ocala, Florida and representing employees throughout Central Florida, we have more than fifteen years of experience representing employees who have been the victim of racial harassment in the workplace. If you have been the victim of racial harassment, or have questions about racially abusive behavior in the workplace, please contact our office for a free consultation with our Central Florida hostile work environment harassment attorneys. Our employee rights law firm takes racial harassment cases on a contingency fee basis. This means that there are no attorney’s fees incurred unless there is a recovery and our attorney’s fees come solely from the monetary award that you recover.