Racial Harassment Is A Form Of Prohibited Race Discrimination 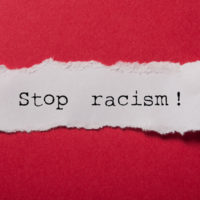 Under the Florida Civil Rights Act (“FCRA”) and Title VII of the Civil Rights Act of 1964 (“Title VII”), an individual is protected against discrimination with respect to his or her compensation, terms, conditions, or privileges of employment on the basis of race. Harassment of an employee because of his or her race which is sufficiently severe or pervasive to create a hostile work environment is a form of prohibited race discrimination. A recent case filed by the U.S. Equal Employment Opportunity Commission (“EEOC”), U.S. Equal Employment Opportunity Commission v. Lafontaine Cadillac, Buick, GMC, Inc., in the U.S. District Court, Eastern District of Michigan involved a claim of racial hostile work harassment under Title VII.

The EEOC filed the case on behalf of William Tyler (“Tyler”) against Lafontaine Cadillac, Buick, GMC, Inc. (“Lafontaine Cadillac”). The EEOC alleged that Tyler, who is African-American and worked as a detailer at the dealership, was subjected to racial harassment by a supervisor and co-employees. The alleged racially harassing behavior involved racial slurs and jokes, including calling Tyler the n-word behind his back. The EEOC further asserted that the employees racially harassed Tyler by assigning him the dirtiest and most time-consuming cars for detail work, and by sabotaging his work by making his assigned cars dirty again. The EEOC claimed that Lafontaine Cadillac was liable for the racially harassing behavior because the harassment continued despite Tyler’s complaints to management.

We have extensive experience representing employees who have been the subjected to racial discrimination or harassment in the workplace. If you have questions regarding racial discrimination or harassment in the workplace, please contact our office for a free consultation. Located in Ocala, Florida, we represent employees in employment law matters throughout Central Florida, including Alachua County, Lake County, Levy County, Marion County, Orange County, Pinellas County, Sumter County, and Volusia County.