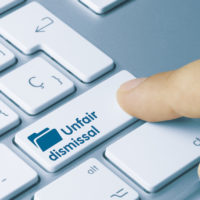 Having fought to vindicate the rights of employees who have been wrongfully terminated, our Marion County, Florida wrongful discharge attorneys have learned that employers often give false reasons for an employment decision. In the context of retaliation claims, employees typically prove that they were unlawfully retaliated against with evidence that the employer’s stated reason for the employment decision was false. As explained by the U.S. Seventh Circuit Court of Appeals in Olsen v. Marshall & Ilsley Corp., 267 F.3d 597 (7th Cir. 2001), when an employee presents evidence showing that an employer’s explanation is false, a jury may infer that the “employer is lying about its true motive” and “because the employer is in the best position to assert the reason for its decision, that it offered a false one in order to cover up a [retaliatory] motive.” In other words, as observed by the D.C. Circuit Court of Appeals in Brady v. Office of Sergeant of Arms, 520 F.3d 490 (D.C. Cir. 2008), a common method of demonstrating unlawful retaliation is by showing that the “employer is making up or lying about the underlying facts that formed the predicate for the employment decision.”

Retaliated Against For Discrimination Complaint

The recent decision by the Seventh Circuit in Stepp v. Covance Central Laboratory Services, Inc., No. 18-3292 (7th Cir. July 26, 2019) illustrates that evidence showing that an employer proffered a false reason for an employment decision permits a jury to infer that the decision was actually motivated by retaliatory animus. In that case, Damon Stepp (Stepp) brought a retaliation claim against his former employer, Covance Central Laboratory Services, Inc. (Covance), pursuant to Title VII of the Civil Rights Act of 1964 (Title VII). Under Title VII, employees are protected from retaliation when they complain about perceived discrimination in the workplace.

Covance, a manufacturer of medical test kits, hired Stepp in December 2015 as a temporary assistant in its kit-production department. Covance hires both “permanent” and “temporary” employees. While it usually hires temporary employees for a one-year term, it often converts positive performers to permanent status within for to nine months of their start date. Stepp received positive performance reviews in his first nine months, but Covance never made him a permanent employee.

During his tenure as a temporary employee, Stepp, who is African-American, complained about the mistreatment of employees in the kit-production department. Within his first three months of work, Stepp told Covance that his team leader, Casteel, treated female and white employees better than male and African-American employees. At one point, Stepp confronted Casteel directly, saying that he might formally charge him with discrimination. A manager investigated Stepp’s complaints but found them without merit. In July and September 2016, Stepp then filed charges of discrimination with the U.S. Equal Employment Opportunity Commission (EEOC).

The same month that he filed his second charge of discrimination with the EEOC—September—was Stepp’s nine-month anniversary. Although Covance ordinarily converts its satisfactory workers to permanent status by their ninth month, Covance did not make Stepp permanent by his ninth month despite his positive work reviews. However, Covance made two of Stepp’s temporary co-workers, hired three weeks before he was hired, permanent employees around their nine-month anniversary.

Two months later, Casteel made a complaint to a supervisor, Ball, against Stepp. Shortly after the complaint, with Stepp still in temporary status, Covance began a freeze on new hires in the kit-production department. When Stepp asked Ball if Covance did not promote him to permanent employment status before the freeze because of Casteel’s complaint, Ball responded “yes.” Stepp’s one-year term as a temporary worker ended soon thereafter. Stepp claimed that Covance failed to promote him to permanent employment status in retaliation for his discrimination complaints.

The trial court dismissed Stepp’s retaliation claim. On appeal, the Seventh Circuit reversed the dismissal and reinstated Stepp’s retaliation claim. In doing so, the appellate court ruled that a “reasonable jury could find that Covance did not promote Stepp to permanent employment in retaliation for his complaints about discrimination.” In support of its holding, the court of appeals found that Covance’s explanation for not promoting Stepp “buttresses rather than undercuts an inference of retaliation.” The appellate court pointed out that Covance’s only explanation for its refusal to make Stepp permanent was the hiring freeze. However, the court of appeals observed, “the freeze occurred two months after Stepp reached nine months at Covance, so it cannot explain Covance’s inaction at month nine.” “Covance’s insistence that it did not promote Stepp because of the freeze,” the Seventh Circuit reasoned, “could suggest to a [jury] that retaliation was its true motive for not making Stepp permanent.”

Based in Ocala, Florida and representing employees throughout Central Florida, our Marion County, Florida wrongful discharge attorneys have been fighting for the rights of employees for almost twenty years. If you have been wrongfully fired or have questions about your protection against retaliation under the federal civil rights laws, please contact our office for a free consultation with our Marion County, Florida wrongful discharge attorneys. Our employment and labor law attorneys take wrongful discharge cases on a contingency fee basis. This means that there are no attorney’s fees incurred unless there is a recovery and our attorney’s fees come solely from the monetary award that you recover.