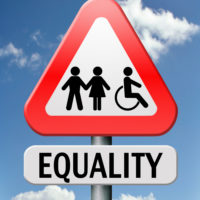 The man known for playing Stanley C. Panther, the mascot of Florida’s National Hockey League team the Panthers, has reached a settlement of his discrimination and wrongful termination claims against the team. Raphael Estevez claimed that he was illegally discriminated against after taking leave due to severe depression, and also sought pay for hundreds of hours of unpaid overtime.

Estevez began working with the Florida Panthers as far back as 2009, at which time he was a member of the Panther Patrol, the cheerleaders who got crowds excited and energized during a game. In 2012, he became the head panther himself, a full-time position with the team. Estevez claimed that working as Stanley Panther involved a great deal of overtime work making special appearances outside of games for private parties and other special events. He asserted that he spent at least 1,400 hours doing off-the-clock work as Stanley Panther for which he was never paid.

In March of 2016, Estevez was admitted to a hospital in Hollywood for psychiatric issues. During his time there, he was diagnosed with severe depression. Estevez returned to work six days later. While he was on leave, the team had held a single home game. Despite his brief absence, Estevez claimed that his relationship with the team’s other employees had suffered. He described being treated differently by his coworkers. This strained treatment continued until April 11, 2016, when he was terminated.

Federal lawsuit filed based on claims of disability discrimination

Estevez filed a lawsuit in federal district court in Miami. In his lawsuit, he included a claim for violation of the Florida Minimum Wage Act and Fair Labor Standards Act. Estevez also claimed that his termination amounted to wrongful discrimination based on a disability, namely his severe depression, and that this constituted a violation of the Americans with Disabilities Act and Florida Civil Rights Act. Estevez also claimed that the team wrongly accused him of taking money from season ticket holders for the private appearances he made as Stanley Panther. Representatives of the Panthers attempted to have the claims dismissed out of court, but the judge rejected this request. The former mascot and team reached a settlement of his claims, the amount of which remains confidential.

If you believe that you’ve been discriminated against or wrongly terminated by a Florida employer based on a disability or illness, contact the committed and effective Ocala employment attorneys at James P. Tarquin, P.A. for a free consultation at 352-401-7671.