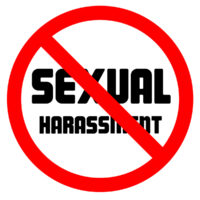 In this article, our Sumter County, Florida sexual harassment lawyers explain how the recent decision by the U.S. District Court for Alaska in Thede v. David Bernhardt, Secretary to the United States Department of Interior, Case No. 19-2866 (D. Alaska Feb. 9, 2021) illustrates that an employer’s retaliatory tactics against an alleged sexual harassment victim can be used to prove a retaliatory termination.

In 2008, Thede began working for the DOI. Thede claims that her workplace difficulties began with the arrival of a new supervisor on January 3, 2011. Thede alleges that her new male supervisor “treated her less favorably than other employees under his supervision,” and that he “stared at her breasts on two occasions in 2011.” Thede further alleges that her supervisor “humiliated” her verbally and informed her that she could not enter his office without an escort because of Thede’s allegations against him. In 2011 and 2012, Thede filed charges of discrimination with the U.S. Equal Employment Opportunity Commission (EEOC) alleging sexual harassment and discrimination on the basis of gender and disability.

After filing a charge of discrimination with the EEOC, Thede was issued Letters of Concern and Reprimand, and was suspended for five days in July 2011 for allegedly violating a directive not to disrupt her co-workers after several co-worker complaints were made against her. A third-party “Climate Assessment” was performed in 2011. The report found “a significant number of unresolved conflict within the organization that is adversely affecting morale.” The report recommended, among other things, that the DOI “establish standards of acceptable behavior and communication for proper workplace conduct and enforce them consistently.” On May 3, 2013, the DOI fired Thede.

The DOI filed a motion with the trial court seeking dismissal of Thede’s retaliatory termination claim. In doing so, the DOI argued that it had legitimate, non-retaliatory reasons for firing Thede, all of which related to Thede’s “inappropriate behavior” and included co-worker complaints about Thede’s conduct. The DOI claims that Thede was a difficult employee who made other employees’ jobs more difficult and refused to follow supervisory directives. The trial court denied the DOI’s motion for dismissal and ruled that Thede was entitled to proceed to a jury trial on her retaliatory termination claim.

In denying the DOI’s motion for dismissal, the trial court focused on the alleged retaliatory tactics of the DOI after Thede lodged a sexual harassment complaint with the EEOC. The trial court pointed out that Thede’s union representative memorialized two meetings she attended in early 2013, opining that management was “not interested in anything [Thede] had to say about her own job,” and opined that Thede was “set up for failure.” The trial court also observed that Thede expressed to her union representative that she believed the negative treatment “was in retaliation for her EEO[C] complaint,” concluding that she was not likely to get any relief from an immediate “escalating situation regarding the harassment she was suffering” because management believed she simply should add it to an existing EEO[C] complaint. Based on this evidence, the trial court concluded, the “possibility” that Thede was “disciplined and ultimately terminated in retaliation” for her EEOC complaints is not so far-fetched” as to warrant dismissal of Thede’s retaliatory termination claim.