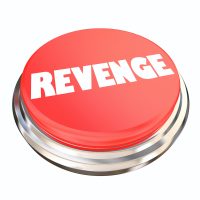 In July 2019, Brown began working for Lodging Lane as a hotel housekeeper. In this position, Brown was supervised by a woman named Mason. The EEOC claims that Mason subjected Brown to unwanted sexually harassing behavior. Mason’s alleged sexual behavior towards Brown included sexual remarks, comments about Brown’s body, sexual propositions, and requests to rub Brown’s buttocks. Mason’s alleged sexually harassing conduct, according to the EEOC, occurred multiple times a week during Brown’s employment. During the first week of December 2019, Brown lodged a sexual harassment complaint with the manager of the hotel where she worked, a man named Golden. The EEOC alleges that Golden “minimized the complaint and laughed it off.” The EEOC further alleges that Golden failed to investigate Brown’s complaint and took no disciplinary action against Mason.

The EEOC maintains that after Brown lodged her sexual harassment complaint with Golden, Mason began treating Brown unfairly. On December 13, 2019, Brown believed that she had the approval to take the day off. Mason, however, claimed that Brown did not have the approval to take the day off. Mason then fired Brown claiming that Brown was a no-call, no-show. The EEOC contends that the reason for Brown’s termination—an alleged unexcused absence—was a pretext for firing Brown because she complained about Mason’s unwanted sexually harassing behavior.

The EEOC is the administrative agency of the United States government responsible for administering, interpreting, and enforcing federal employment discrimination law. In order to protect and preserve the rights guaranteed to employees under federal employment discrimination law, the EEOC files lawsuits in federal court on behalf of employment discrimination victims, including sexual harassment and retaliation victims. In a press release issued on September 30, 2021, regarding the case, the Acting Director for the EEOC’s Memphis District Office, Edmond Sims, explained that “employers who tolerate persistent sexual harassment and punish victims for exercising their rights to oppose such behavior violate federal law.”

Based in Ocala, Florida, and representing workers throughout Central Florida, our Marion County, Florida retaliatory termination attorneys have litigated workplace retaliation cases in Florida courts for more than two decades. If you have been retaliated against for exercising your employee rights or have questions about your protection from retaliation under federal employment discrimination law, please contact our office for a free consultation with our Ocala, Florida retaliatory termination lawyers. Our employee rights law firm takes workplace retaliation cases on a contingency fee basis. This means that there are no attorney’s fees incurred unless there is a recovery and our attorney’s fees come solely from the monetary award that you recover.