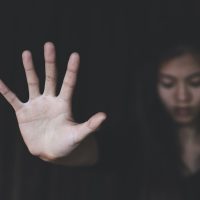 In that case, a woman named Kubas brought a retaliatory discharge case against her former employer, 331B, LLC, d/b/a Rockwell Fitness (Rockwell), pursuant to Title VII of the Civil Rights Act of 1964 (Title VII). Under Title VII, employees are protected from retaliation when they complain about perceived sexual harassment in the workplace. Kubas claims that Rockwell violated Title VII by firing her in retaliation for complaining about sexual harassment that she experienced during her employment.

Kubas was employed by Rockwell as an administrative assistant. Kubas claims that, during 2017 and 2018, she was sexually harassed by a personal trainer employed by Rockwell, a man named Conway. Kubas claims that Conway would intentionally collide with her in the hallway to rub up against her. During their group training classes, according to Kubas, Conway would rub himself against her, called her “hot buns,” and sexualize exercises. On two occasions, Kubas claims, Conway came into her office, closed the door, and grabbed her breasts from behind. Kubas alleges that she did not report these incidents to anyone at Rockwell during the 2017-2018 time period for fear of losing her job.

During a telephone conversation on June 12, 2019, Kubas told an owner of Rockwell, Chisholm, that Conway had engaged in sexual harassment and made her and other female employees uncomfortable. Kubas provided some specifics about her experiences with Conway, such as the alleged groping and incidents during the group training class. Kubas also reported that two female employees, Beers and Moore, “had similar experiences with Conway and/or had witnessed the behavior [she] was complaining of.” Chisholm told Kubas that he took her complaints seriously and would investigate her allegations.

Later in the evening on June 12, 2019, Kubas emailed Chisolm and another Rockwell owner, Saab, regarding Conway’s alleged behavior. Kubas claimed that Conway “had been acting aggressive (sexually) towards” Beers and Beers “was afraid of losing clients if she stood up to him.” Kubas further stated that she had “personally witnessed” Conway “doing the same to others, including [Kubas] herself.”

Chisholm claims that, between June 12, 2019 and June 20, 2019, he interviewed Beers and Moore, and each denied that Conway had harassed her or made her feel uncomfortable. According to Chisholm, Beers and Moore each denied that she had told Kubas or anyone else that Conway harassed her or made her feel uncomfortable and that she had ever witnessed Conway harassing anyone. Chisholm concluded that Kubas’ allegations lacked corroboration, witnesses she identified credibly denied and refuted her allegations, and her complaint “appeared baseless and motivated by professional jealousy.”

On June 21, 2019, directly on the heels of the conclusion of the sexual harassment investigation, Rockwell terminated Kubas’ employment for “failing to properly clock-in and clock-out while working from home and fraudulently clocking-in and claiming hours while not working.” Chisholm testified that Kubas was fired because “she was in effect stealing from the [company] by being clocked in while attending to personal matters and not performing work on behalf” of Rockwell.

Rockwell filed a motion with the trial court seeking dismissal of Kubas’ retaliatory discharge claim. In moving for dismissal, Rockwell maintained the evidence established that Kubas was fired for a legitimate, non-retaliatory reason and not because she complained about sexual harassment. The trial court denied Rockwell’s motion for dismissal and concluded that a reasonable jury could find that Kubas was fired in retaliation for her sexual harassment complaints.

In support of its conclusion, the trial court focused on the suspicious circumstances under which Kubas was terminated. The trial court pointed out that during more than 13 years of work at Rockwell, Kubas “never had any disciplinary problems, and her employer had not raised any timekeeping issues with her until June 2019, after she reported allegations of sexual harassment by Conway.” The trial court also noted that other employees at Rockwell “had time keeping errors, but none was formally disciplined or terminated for these errors except [Kubas].” The trial court also observed that “[i]t was not until after” Kubas complained about sexual harassment that Rockwell “decided to confront [Kubas] about her timekeeping issues.” Based on this evidence, the trial court determined that “the circumstances under which [Kubas] was terminated may allow a factfinder to be suspicious of [Rockwell’s] motives and to conclude reasonably that [Kubas’] complaints of sexual harassment was an actual cause of her termination.”

Based in Ocala, Florida and representing workers throughout Florida, our employee rights attorneys in Citrus County, Florida have dedicated their practice to fighting for the rights of sexual harassment victims. If you have sexually harassed at work or have questions about your protection from retaliation for making a sexual harassment complaint, please contact our office for a free consultation with our employee rights lawyers in Citrus County, Florida. Our employee rights law firm takes sexual harassment cases on a contingency fee basis. This means that there are no attorney’s fees incurred unless there is a recovery and our attorney’s fees come solely from the monetary award that you recover.