Should Employees Ask Employers The Reason For Their Termination? 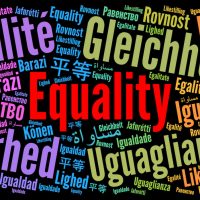 In that case, a man named Lowe (Lowe) brought an age discrimination lawsuit against his former employer, Walbro LLC (Walbro). Lowe claims that Walbro unlawfully fired him because of his age. Lowe was 60 years old when his employment was terminated and had worked at Walbro for more than four decades.

Lowe began working for Walbro as a stock handler at the age of 18. Over the course of his forty-year career with the company, Lowe was promoted on several occasions. At the time he was fired, Lowe held the title of Area Manager, a position that she assumed in 2014. As Area Manager, Lowe was responsible for managing the maintenance of Walbro’s facility in Cass City, Michigan. Since June 2016, Lowe reported to the General Manager of the Cass City facility, a 35-year-old man named Davidson.

On June 28, 2018, Walbro terminated Lowe’s employment. On that date, Davidson asked Lowe to come to Davidson’s office. Davidson read from a prepared script, informing Lowe that his position was being eliminated. Lowe testified that he asked Davidson during the meeting why he was being fired. In response, according to Lowe, Davidson stated that “well, you’re kind of getting up there in years, you’re at retirement age, you go one way and the company’s going the other.”

Reason Is Evidence Of Wrongful Discharge

One of the most important decisions that wrongful termination victims must make is deciding which employment attorneys to consult with regarding their legal rights. At our employment law firm, an experienced employment attorney will speak with you personally and you will receive the individualized attention your case deserves. We offer free confidential case evaluations and you will never have to pay to speak with our employment lawyers regarding your employee rights. We are available for consultation at your convenience and are able to schedule telephone consultations for evenings and weekends.