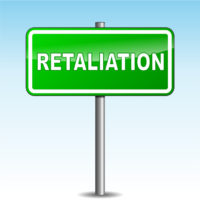 As observed by the U.S. First Circuit Court of Appeals in Hodgens v. General Dynamics Corp., 144 F.3d 151 (1st Cir. 1998), ” ‘smoking gun’ evidence is, of course, not required in order to prove [retaliation].” Rather, as explained by the U.S. Fifth Circuit Court of Appeals in Fabella v. Socorro Independent School Dist., 329 F.3d 409 (5th Cir. 2003), “[u]sually, in the context of a retaliation claim, the employer refrains from expressly stating that an impermissible criterion influenced his decision to expose the plaintiff to an adverse employment action, and so direct evidence of an employer’s allegedly retaliatory intent is rarely available.” “Because an employer will rarely admit retaliatory motives in firing an employee,” as the U.S. Tenth Circuit Court of Appeals pointed out in Sanjuan v. IBP, Inc., 160 F.3d 1291 (10th Cir. 1998), “retaliatory discharge cases generally must be proven by circumstantial rather than direct evidence.” Although direct evidence of the employer’s retaliatory intent frequently does not exist in retaliation cases, the U.S. Eighth Circuit Court of Appeals in Young-Losee v. Graphic Packaging Intern., Inc., 631 F.3d 909 (8th Cir. 2011) found the employer admitted to a retaliatory intent.

The Eighth Circuit found that Young-Losee had presented direct evidence that she was fired in retaliation for making a formal complaint of harassment. In support of its conclusion, the appellate court pointed to the plant manager’s behavior at the May 6 meeting where he wadded up her written complaint, threw it in the garbage can, called it “total bs,” told her to leave, and said he never wanted to see her again. “These facts,” the appellate court reasoned,” constituted “direct evidence of a causal link between the filing of the complaint and her firing.” The appellate court also rejected GPI’s argument that Young-Losee did not suffer an adverse employment action because she was not fired, was in fact paid through May 15, and was offered a return to work. The Eighth Circuit explained that “[b]eing fired for making a discrimination complaint—even if rescinded after two days—might well dissuade a reasonable employee from making a complaint of harassment.” Thus, the retaliation Young-Losee endured was “more than petty slights or minor annoyances that often take place at work and that all employees experience.”

We have extensive experience representing employees who have been retaliated against for opposing discrimination or harassment in the workplace. If you have been retaliated against, or have questions about an employer’s response to your complaint of discrimination or harassment in the workplace, please contact our office for a free consultation. We take employment retaliation cases on a contingency fee basis. This means that there are no attorney’s fees incurred unless there is a recovery and our attorney’s fees come solely from the monetary award that you recover.