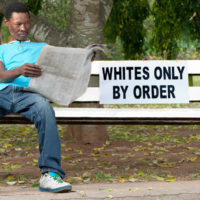 Having represented victims of race discrimination for nearly twenty years, our Alachua County, Florida race discrimination lawyers have learned that employees continue to endure egregious acts of racial harassment in the workplace. Although employers are obligated to prevent and promptly correct racially harassing behavior at work, in many cases employers fail to take any corrective action to protect their employees from racial harassment. The alleged facts in Jordan v. Stonemor Partners, L.P., No. 16-48 (D. W.Va. Feb. 27, 2018) are instructive in showing that racial harassment persists as a significant problem in the workplace.

In that case, Brandi Jordan (Jordan) sued her former employers, Stonemor Partners, L.P. (Stonemor), pursuant to Title VII of the Civil Rights Act of 1964 (Title VII). Jordan claimed that she was subjected to hostile work environment racial harassment in violation of Title VII. Stonemor is a company that owns cemeteries and funeral homes. Jordan, who is African-American, was employed by Stonemor from 2011 until January 2015. Jordan initially worked as a family services counselor at a cemetery called Fort Hill Memorial Park. In this role, Jordan sold cemetery plots and services to customers. By the end of her employment with Stonemor, Jordan had become an assistant manager of the Fort Hill cemetery.

A woman named Deeb, who is white, worked as Sontemar’s area manager at the Fort Hill cemetery. In this position, Deeb was Jordan’s supervisor. Jordan claimed that Deeb frequently used racial slurs at work, including directing racial slurs at her. In fact, Jordan contended that Deeb used racial slurs “more than once a day” throughout Jordan’s employment. Jordan further alleged that Deeb told employees at the Fort Hill cemetery that African-American customers could not be buried in certain parts of the cemetery because they were reserved for white customers. Jordan also claimed that Deeb referred to this part of the cemetery as “Section Eight,” an allusion to the subsidized housing complexes. According to Jordan, Deeb also refused to give her sales leads because she attempted to sell plots to African-Americans that were not in the racially segregated portion of the cemetery.

Jordan alleged that she reported Deeb to human resources for her inappropriate racial comments. According to Stonemor, Deeb was issued a written warning based on Jordan’s complaint. Deeb was eventually transferred from the Fort Hill cemetery to another cemetery. However, Deeb was still the area manager and Deeb continued to interact with Jordan “almost every single day.” Jordan claimed that Deeb continued to use racial slurs even after she was transferred to another cemetery. Ultimately, Stonemor terminated Jordan’s employment in January 2015.

Employer Can Be Held Liable For Racial Harassment

In denying Stonemor’s motion for dismissal, the trial court found that Deeb’s repeated use of racial slurs, including racial slurs directed at Jordan, was sufficiently severe or pervasive to create a racial hostile work environment. The trial court explained that its finding was bolstered by evidence that Deeb refused to give sales leads to Jordan because she was not restricting her African-American customers to the racially segregated parts of the cemetery. Deeb’s racially motivated acts, the trial court reasoned, “effectively altered the conditions of Jordan’s employment.” Turning to the issue of Stonemor’s liability for the racial harassment, the trial court determined that although Stonemor maintained a policy prohibiting racial harassment, the policy was “dysfunctional” because employees “had long complained about Deeb’s behavior without any corrective action being taken.” The trial court further explained that because Deeb’s racial slurs continued after Jordan’s complaint, a reasonable jury could find that Stonemor was liable for the harassment because it failed to exercise reasonable care to prevent the racially harassing behavior from continuing after acquiring actual knowledge of the harassment.

Based in Ocala, Florida and representing employees throughout Central Florida, we have almost twenty years of experience fighting for employees who have been the victim of hostile work environment harassment in the workplace. If you have been racially harassed at work or have questions about your employee rights, please contact our office for a free consultation with our Alachua County, Florida harassment attorneys. Our employee rights law firm takes harassment cases on a contingency fee basis. This means that there are no attorney’s fees incurred unless there is a recovery and our attorney’s fees come solely from the monetary award that you recover.