U.S. Supreme Court to Hear Arguments On LGBTQ Discrimination in the Workplace 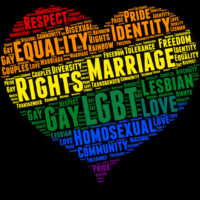 On October 8, 2019, the Supreme Court will hear oral arguments in three landmark cases concerning the application of federal anti-discrimination law to sexual orientation. Title VII of the Civil Rights Act of 1964 (Title VII) prohibits discrimination in the workplace based on an employee’s race, color, religion, national origin, or sex. The cases concern whether “sex” as used in Title VII also includes discrimination based on an individual’s sexual preferences or gender alignment. Many states have passed anti-discrimination laws that explicitly prohibit workplace discrimination on the basis of sexual orientation, but employees around the country still rely on Title VII for the most expansive protections. Progressive legal scholars and gay rights activists see the cases as overdue vindication for members of the LGBT community who have experienced discrimination in the workplace, while anti-gay-rights groups tend to argue that such protections infringe on employers’ religious freedoms. The Supreme Court’s ruling on the three cases could dictate the progression of federal anti-discrimination law for decades to come.

The Eleventh Circuit reached the opposite conclusion in Bostock v. Clayton County, Georgia. A child welfare services coordinator alleges that he was fired after his employer discovered he was gay. The county denied that that was their motivation but also moved to dismiss on the grounds that Title VII does not cover discrimination based on sexual orientation. The trial court dismissed the case on that basis, and the Eleventh Circuit agreed. The Supreme Court took up the case in light of the circuit split to determine how Title VII should be applied.

The third case, which will be argued separately, concerns Title VII’s application to transgender individuals. R.G. & G.R. Harris Funeral Homes v. EEOC involves a funeral home employee who began transitioning from male to female. After notifying her employers of her transition and her intention to wear female attire, her employers terminated her in accordance with the employer’s view of “God’s commands.” The Sixth Circuit became the first federal appellate court to clearly hold that “discrimination on the basis of transgender and transitioning status violates Title VII.” The question before the Supreme Court is whether “sex” discrimination under Title VII includes discrimination based on an individual’s transitioning or transgender status.

As we previously discussed, the Supreme Court has already ruled that Title VII prohibits discrimination against employees for failure to conform to gender stereotypes. The Court’s 1989 opinion in the case of Price Waterhouse v. Hopkins formed the basis of the Sixth Circuit’s ruling in Harris Funeral Homes. The Price Waterhouse opinion made clear that employers cannot mandate that employees “match[ ] the stereotype associated with their group, for in forbidding employers to discriminate against individuals because of their sex, Congress intended to strike at the entire spectrum of disparate treatment of men and women resulting from sex stereotypes.”

The Court will likely faced similar arguments in all three cases. Whether it relates to an individual’s gender identity or sexual orientation, the questions presented concern whether an individual is acting appropriately in light of their “sex.” Are they dressed according to sex stereotypes, or do they have sexual preferences in line with what is traditionally expected of their sex?

In light of the conservative majority now controlling the Supreme Court, the outcome of the three cases is far from clear. We can expect a decision sometime before next summer, and likely by next spring.