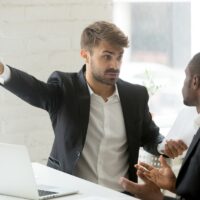 Title VII of the Civil Rights Act of 1964 (Title VII) protects employees from racial discrimination in the workplace. Under long established law, racial harassment is a form of racial discrimination prohibited by Title VII. Racially harassing behavior that is sufficiently severe or pervasive to alter the conditions of the victim’s employment and create a hostile or abusive working environment violates Title VII. Title VII also requires employers to protect employees from racial harassment at work. When an employer knows or should know that an employee is being racially harassed in the workplace, the employer is obligated to take prompt and effective remedial action to stop the racial harassment and prevent recurrence of the racial harassment.

In Collier, Robert Collier (Collier), who is African-American, brought a racial harassment claim against his former employer, Dallas County’s Parkland Health and Hospital System (Parkland), pursuant to Title VII. Collier contends that Parkland violated Title VII by requiring him to work in a racial hostile work environment. Collier identified three main facts to support his claim that he worked in a racial hostile work environment: (1) a nurse called him “boy”; (2) a racial epithet was scratched into an elevator, and Parkland failed to remove it for months despite his complaints; and (3) two swastikas were drawn on the walls of a room that he worked in, and Parkland waited eighteen months to paint them over despite his complaints.