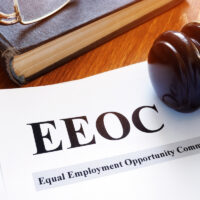 Having represented employment discrimination victims for more than two decades, our Lake County, Florida, employment discrimination lawyers know that discrimination can happen in any workplace. We also know that, historically, discriminatory actors have hidden behind arguments that their behavior was not discriminatory, but was instead an expression of their religious views. White business owners used to claim that their Christian faith prevented them from allowing African-American workers or customers. (Obviously, it does not). Unfortunately, the Supreme Court of the United States has not learned that lesson. The Court recently issued an opinion that threatens to take workers’ rights progress back a few steps. In this article, our Ocala, Florida, workplace discrimination lawyers explain how the Supreme Court’s decision in Our Lady of Guadalupe School v. Morrissey-Berru essentially insulates religious schools and institutions from anti-discrimination requirements.

Our Lady concerns two Catholic school elementary teachers in Los Angeles who claimed that they were fired for unlawful reasons. One teacher claimed that she was fired due to her age after she refused to retire, alleging the termination violated the Age Discrimination in Employment Act of 1967 (ADEA). The other teacher claimed she was fired after being diagnosed with breast cancer, a clear violation of the Americans With Disabilities Act (ADA). The school argued that teachers serve an important religious function at religious schools and that religious schools have a First Amendment right to profess their religion as they see fit and to choose the employees who do so on their behalf without government interference.

The ruling turned on the so-called “ministerial exception.” In 2012, the Supreme Court established this doctrine, which prevents ministers from suing churches and other religious institutions for employment discrimination. The concept is meant to insulate churches from government interference on matters of religious doctrine, which extends to “the selection of the individuals who play certain key roles.”

The exception was previously understood to be limited to ministers, i.e., employees who hold a “religious leadership” role. The federal appellate court in Our Lady found that the two teachers did not play such roles. They taught many subjects at the schools, had limited formal religious training, and did not profess to be religious leaders or religious officials. One of the teachers explained that she was not even Catholic. They were not “ministers” in any sense of the word. Moreover, the reasons for their termination had nothing to do with how they chose to teach religious doctrine. The Supreme Court disagreed.

The Court decided that the ministerial exception extends to religion school teachers because they play an “important religious role” for religious institutions, regardless of whether they are called “ministers.” The Court refused to adopt a rigid rule as to when the ministerial exception applies, instead relying on a looser approach that asks whether letting the government step in to regulate “threatens the school’s independence in a way that the First Amendment does not allow.” According to the majority, teaching at a religious school serves an important faith-based function. Thus religious schools should be completely free to hire and fire teachers as they see fit with no oversight.

The possible effects of the ruling cannot be overstated. The opinion throws out the previous limitation that churches had sole discretion to hire and fire “ministers,” as in, people whose specific job it is to conduct services and teach the faith. As explained by Justice Sotomayor in her dissent, the decision has the potential to allow religious schools and other religious institutions to wantonly fire any employee for any reason, so long as they claim that the worker served an “important religious role.” Any Catholic school or other religious organization can now twist its words to claim that teachers, social service workers, coaches, counselors, in-house lawyers, and any other employee is involved in spreading the organization’s message and thus does not have the protection of the anti-discrimination laws. The ruling makes clear that the reasons for termination or other discriminatory behavior do not even have to be religious in nature: Any employee can now be terminated for “reasons wholly divorced from religious beliefs.”