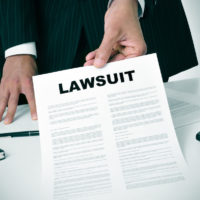 A former math teacher at an Orlando high school has filed a lawsuit for her termination, and for allegedly being subjected to a racist skit by fellow school faculty. Audrey Dudek, who is white, worked for the Orange County Public School district from 2009 to 2013. During the 2011-12 and 2012-13 school years, she was a teacher at Edgewater High School. In her lawsuit, she alleges that when the school’s principal, Michelle Erickson, saw Dudek with her black boyfriend (now her husband), Erickson “appeared shocked and offended,” according to the lawsuit, and treated Dudek differently going forward. In a subsequent incident, Dudek claims that, after being subjected to discipline by then-vice principal Anthony Serianni, she confided in a black security guard about being upset by the incident. Serianni saw Dudek associating with the black employee, and later complained about Dudek associating with “those people,” presumably referring to the school’s black staff. Dudek also claims that the faculty was largely segregated in its social groups by race, that she regularly associated with the black faculty groups, and that this fact was commented upon negatively by her supervisors and other white faculty and staff. Dudek further claims that, at a school talent show, a group of white teachers dressed up in what she labeled “black face” by wearing afro wigs, hair weave extensions, gold teeth, and baggy clothes. Dudek believes that her association with black faculty members and her personal relationship with a black man resulted in unfair disciplinary treatment, poorer performance reviews, and, ultimately, her termination in 2013. Dudek also alleges that she was discriminated against based on her gender, and claims that school leadership encouraged female teachers to wear “sexy clothing.”

Dudek has filed a lawsuit in U.S. District Court in Orlando on the basis that the school district terminated Dudek due to her race and gender, in violation of her rights under Title VII of the 1964 Civil Rights Act, as well as under the Florida Civil Rights Act. Dudek’s claim was previously investigated by the Florida Commission on Human Relations.

If you believe you have been wrongfully terminated on the basis of your race, sex, or nationality, contact the Ocala employment discrimination and wrongful termination attorneys at James P. Tarquin, P.A. for a consultation, at 352-401-7671.