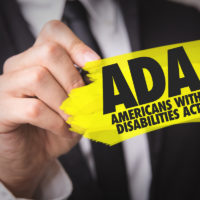 The Americans with Disabilities Act (ADA) protects employees from discrimination on the basis of disability. Under the ADA, employers are prohibited from making disability-related inquiries regarding an employee’s health. More specifically, the ADA provides that an employer “shall not require a medical examination and shall not make inquiries of an employee as to whether such employee is an individual with a disability or as to the nature or extent of the disability, unless such examination is shown to be job-related and consistent with business necessity.”

The ADA’s protection against a disability-related inquiry is intended to prevent inquiries of employees that do not serve legitimate business purposes. The employer bears the burden of proving job-relatedness and business necessity. In Conroy v. N.Y. State Dep’t of Corr. Servs., 333 F.3d 88 (2d Cir. 2003), the U.S. Second Circuit Court of Appeals ruled that the employer must show that the disability-related inquiry is “no broader or more intrusive than necessary” and is a “reasonably effective method” of achieving a business necessity. Whether an inquiry is job related and consistent with business necessary, as observed by the U.S. Tenth Circuit Court of Appeals in Milton v. Scrivner, Inc., 53 F.3d 1118 (10th Cir. 1995), is a fact-intensive inquiry.

As explained by the U.S. District Court of New Mexico in Gonzales v. Sandoval County, 2 F.Supp.2d 1442 (D. N.M. 1998), “the ADA’s provision on prohibited inquiries stands alone so that a prohibited inquiry in and of itself may be a violation” of the ADA. This means, as the Gonzales court observed, that a prohibited inquiry claim, unlike a general discrimination claim under the ADA, does not require an employee to establish that the employer’s proffered reason for an employment decision is a pretext for discrimination. Moreover, as determined by the U.S. Sixth Circuit Court of Appeals in Lee v. City of Columbus, 636 F.3d 245 (6th Cir. 2011), an employee claiming an allegedly improper medical inquiry need not prove that he or she has a disability within the meaning of the ADA. Consequently, an employee can bring an improper disability-related inquiry claim under the ADA despite the absence of allegations that he or she is disabled.

Mir has suffered from hip problems throughout his life and has had a number of surgeries on his right hip, including multiple hip replacement operations. In 2005, during his last hip replacement, the sciatic nerve on the right side of his hip was crushed, which caused permanent nerve damage. As a result, Mir walks with a pronounced limp and uses a cane to assist him in walking.

In 2011, Mir applied for a Mechanical Design Engineer position with L-3 Communications. In October 2011, L-3 Communications interviewed Mir for the position. A department head at L-3 Communications named Grant met Mir at a recruiter’s office and led him to his office, which was located in a separate building, to conduct the interview. During the walk to his office approximately 100 yards away, Grant asked Mir questions regarding his ability to walk. Mir notified Grant that he had a hip replacement surgery, a mistake was made, and his sciatic nerve was crushed. The interview commenced once Mir and Grant reached his office. During the interview, Grant asked Mir questions regarding the nature and extent of Mir’s physical limitations. In particular, Grant made inquiries as to the short and long-term prognoses and a timeline of when the injuries occurred. Mir testified that the discussion concerning his injuries lasted about fifteen minutes. Approximately three weeks after the interview, L-3 Communications notified Mir that he would not be hired for the position.

Although the trial court determined that Mir could not establish a discriminatory failure to hire claim, the trial court refused to dismiss Mir’s prohibited inquiry claim under the ADA. The trial court found that whether L-3 Communications made improper disability-related inquires regarding Mir’s health condition was a factual issue for the jury to resolve and not the court as a matter of law. Thus, although L-3 Communications could not be held liable under the ADA for its failure to hire Mir, L-3 Communications could be held liable under the ADA for making improper disability-related inquiries regarding Mir’s health condition because a prohibited disability-related inquiry is, in and of itself, a violation of the ADA.