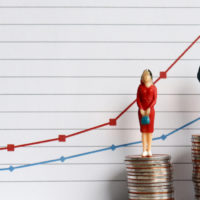 The Equal Pay Act of 1963 (EPA), which is part of the Fair Labor Standards Act of 1938, forbids employers from paying an employee at a rate less than that paid to employees of the opposite sex for equal work. As determined by the U.S. Supreme Court in Corning Glass Works v. Brennan, 417 U.S. 188 (1974), Congress enacted the EPA to put an end to the “serious and endemic problem of employment discrimination in private industry” and to implement the principle of equal pay for equal work regardless of sex.

Prior Salary As Justification For Pay Differential

In order to establish an EPA claim, an employee must demonstrate that his or her employer has paid male and female employees different wages for substantially equal work. However, not all pay disparities constitute a violation of the EPA. Rather, the employer can avoid liability under the EPA if it proves that the pay differential is justified by one of four statutory exceptions. Under the four statutory exceptions, an employer is required to prove that the pay disparity is based on: (1) a seniority system; (2) a merit system; (3) a system that measures earnings by quantity or quality of production; or (4) any other factor other than sex. In other words, as determined by the Brennan Court, the employer must prove that the pay disparity is not sex-based.

Use Of Prior Salary Perpetuates Gender Wage Gap

In rejecting the County’s argument, the Ninth Circuit determined that to allow employers to justify a wage differential between male and female employees by relying on prior salary would “allow employers to capitalize on the persistence of the wage gap and perpetuate that gap ad infinitum,” which would be “contrary to the text and history of the [EPA], and would vitiate the very purpose for which the [EPA] stands.” In finding that reliance on “past wages simply perpetuates the past pervasive discrimination that the [EPA] seeks to eradicate,” the Ninth Circuit pointed out that although the wage gap between men and women “may have improved” since the passage of the EPA, “the gap persists today” as “women continue to receive lower earnings than men across industries, occupations, and education levels.” In fact, the Ninth Circuit pointed out, “the gender wage gap costs women in the U.S. over $840 billion a year.” “Allowing prior salary to justify a wage differential perpetuates this message,” the Ninth Circuit concluded, “entrenching in salary systems an obvious means of discrimination—the very discrimination that the [EPA] was designed to prohibit and rectify.”

Based in Ocala, Florida and representing employees throughout Central Florida, we have been litigating sex discrimination cases for almost twenty years. If you have questions about the Equal Pay Act or about pay disparities between male and female employees, please contact our office for a free consultation with our Marion County, Florida sex discrimination lawyers. Our employee rights law firm takes sex discrimination and equal pay cases on a contingency fee basis. This means that there are no attorney’s fees incurred unless there is a recovery and our attorney’s fees come solely from the monetary award that you recover.