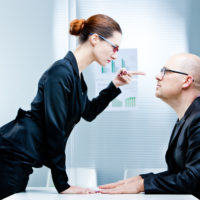 Generally, an adverse employment action involves a discrete act, such as demotion, failure to promote, reduction in pay, suspension, or termination. However, co-worker or supervisory retaliatory harassment against an employee for engaging in statutorily protected activity under Title VII may constitute an adverse employment action for purposes of a Title VII retaliation claim. In Gowski v. Peake, 682 F.3d 1299 (11th Cir. 2012), the U.S. Eleventh Circuit Court of Appeals addressed the type of conduct giving rise to a retaliatory hostile work environment harassment claim and set forth the test for proving a retaliatory hostile work environment harassment claim.

Retaliation Case Based On Retaliatory Harassment

In Gowski, Doctors Diane Gowski (Gowski) and Sally Zachariah (Zachariah) asserted claims for retaliatory hostile work environment harassment under Title VII against Bay Pines VA Hospital (Bay Pines). Gowski and Zachariah alleged that the hospital administration retaliated against them after they filed internal discrimination complaints. The alleged retaliatory acts against Gowski included changing her duty assignments, taking her off committees, reprimanding her, suspending her, soliciting complaints against her, accusing her of an altercation with another doctor, and charging her $18,000 for an alleged debt incurred eight years earlier. The alleged retaliatory acts against Zachariah included lowering her proficiency reports, giving her smaller bonuses, suspending her research activities, removing her from the rotation as section chief, reprimanding her, suspending her, and recommending her termination. Gowski and Zachariah further alleged that the hospital administration targeted them for retaliation by spreading rumors about them, collecting reports about their behavior, and disseminating negative information about them.

In applying the test for whether the retaliatory harassment was sufficiently severe or pervasive to create a hostile work environment, the Gowski court found that the trial court properly denied Bay Pines’ motion because there was enough evidence for a jury to conclude that the hospital administration “created a workplace filled with intimidation and ridicule that was sufficiently severe and pervasive to alter Gowski’s and Zachariah’s working conditions.” The appellate court reasoned that the evidence showed the hospital administration created a retaliatory hostile work environment for Gowski and Zachariah by spreading rumors about them, damaging their reputations, disciplining them, maligning them in front of co-worker, instructing other employee to encourage them to resign, limiting their privileges, giving them low proficiency ratings, and removing them from committees and projects. This evidence, the Eleventh Circuit concluded, was sufficient to support the jury’s verdict on the retaliatory hostile work environment harassment claims.