What Is The Most Common Way Employers Mask Race Discrimination? 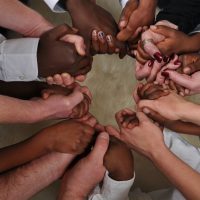 “Proof of a discriminatory motive” in an employment decision, as the U.S. Supreme Court explained in International Bhd. of Teamsters v. United States,  431 U.S. 324 (1977), “can in some situations be inferred from there mere fact of differences in treatment.” When an employee is fired for poor work performance, the employer’s racially discriminatory motive is proven by showing that other employees of a different race with a similar or worse work performance were not fired. For example, an African-American employee is fired for allegedly deficient sales but white employees with a comparable or worse sales record are not fired. Under such circumstances, the employer’s different and more favorable treatment of white employees is evidence that the African-American was fired because of his or her race.

In this article, our Marion County racial discrimination attorneys explain how the decision by the U.S. District Court for the Southern District of Florida in Harris v. FedEx Corporation,  Case No. 4:21-cv-01651 (S.D. Tex. Aug. 31, 2022) illuminates how employees who are terminated due to an alleged poor work performance can prove the termination decision was motivated by race-based discrimination through evidence of differences in treatment.

In that case, a woman named Harris brought a race discrimination lawsuit against her former employer, FedEx Corporation (FedEx), pursuant to Title VII of the Civil Rights Act of 1964 (Title VII). Harris, who is African-American, claims that she was terminated because of her race in violation of Title VII.

In 2007, Harris began working for FedEx as an Account Executive, an entry level position. Over time, she was promoted to various positions and ultimately to District Sales Manager, the position which she held when she was terminated in January 2020. As District Sales Manager, Harris supervised a team with a primary responsibility for generating revenue and maintaining existing accounts. Her performance was measured, in part, by her team’s success at meeting annual revenue goals that were adjusted from year-to-year based on the assigned territory’s revenue from the previous year.

In June 2019, Harris’ supervisor, Lamb, issued a Letter of Counseling to Harris. According to Lamb, the letter was a result of Harris’ poor work performance and failure to produce a “performance improvement plant (PIP)” or put in place a plan “to overcome deficiencies.” After receiving the Letter of Counseling, Lamb met with Harris to create a plan that would “resolve the performance issues outlined in the [PIP].” Apparently, unsatisfied with Harris’ improvement, Lamb issued a Letter of Warning in September 2019 to Harris that included a second PIP. At the time, Harris’ revenue performance was 91.6% of her previous year’s revenue. Lamb desired to make the second PIP “more feasible” for Harris and reduced her goal from 100% to 94.8%, a percentage, at the time, was 3.2% above Harris’ then current standing by averaging the performance percentage of the District Sales Manager.

In January 2020, FedEx terminated Harris’ employment. The letter of termination states that Harris’ termination was based solely on her lack of performance. In fact, FexEx maintains that job performance is measured “in part” by whether a District Sales Manager meets the company’s revenue goal.