What Should A Sexual Harassment Victim Do When The Company Finds That Her Complaint Has No Merit? 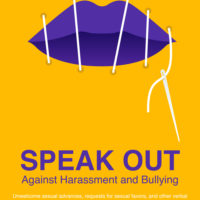 The University retained an outside attorney to investigate Gerald’s sexual harassment complaint. After interviewing employees about the allegations, the attorney reached her conclusions on behalf of the University. The attorney found that Gerald was not credible and it was unlikely the hotel proposition or breast grabbing incident occurred. As for the third incident, the attorney concluded that jokes and comments of a sexual nature were common for Gerald and Kraiselburd and it was unlikely that Kraiselburd’s comment was as vulgar as Gerald claimed. The attorney further found that even if the incidents occurred as Gerald alleged, they were not sufficiently severe or pervasive to alter Gerald’s working conditions and create a hostile work environment. In addition to her findings, the attorney also issued recommendations. The attorney recommended that the University conduct an administrative hearing into Gerald’s allegations and if the administrative hearing officer reached the same she conclusions she had, then the University should consider filing administrative charges against Gerald. The attorney also advised the University to transfer Gerald to another location.

In reversing the trial court’s dismissal, the First Circuit disagreed with the attorney’s findings and conclusions that were made on behalf of the University. In rejecting the attorney’s factual determination that Gerald’s sexual harassment complaint was without merit because jokes and comments of a sexual nature were common for Gerald and Kraiselburd, the First Circuit explained that “[w]e fail to see how an employee telling risqué jokes means that she is amendable to being groped at work.” The appellate court further observed that Gerald did not accept the sexual proposition at the hotel room; rather Gerald turned Kraiselburd down. The appellate court also noted that Gerald specifically informed the attorney that she was bothered by Kraiselburd’s sexual proposition. Nor was there any evidence that Gerald encouraged or invited Kraiselburd to grab her breasts, and Gerald told the attorney that she was disgusted by him doing so. Thus, the appellate court concluded, it was for the jury to decide whether Kraiselburd’s sexual behavior was unwelcome.

In rejecting the attorney’s legal conclusion that Gerald’s allegations were not sufficiently severe or pervasive to alter the conditions of her employment and create a hostile work environment, the First Circuit observed that Kraiselburd’s grabbing of Gerald’s breasts and making sexually suggestive noises “comfortably qualifies as egregious.” Moreover, the appellate court pointed out, Gerald “has alleged two incidents on top of this.” Based on such evidence, the First Circuit determined that “a reasonable jury could have found that the harassment was severe or pervasive.” Thus, the First Circuit concluded that it “cannot decisively say (as the district judge did) that a reasonable jury could not conclude that [Gerald] was subjected to a hostile environment.” As its holding and the reasoning supporting that holding reflect, the First Circuit could have added “as the investigating attorney did.”

Sexual Harassment Victim Does Not Let Employer Be Judge & Jury

Instead of acknowledging that reasonable persons could disagree as to whether the sexually harassing behavior Gerald endured was sufficiently severe or pervasive to create a hostile work environment, the University came up with its own legally erroneous conclusion that, even assuming her allegations were true, Gerald was not the victim of hostile work environment sexual harassment because the sexually harassing behavior was not sufficiently severe or pervasive to alter the conditions of her employment. Had Gerald “rolled over” and not tenaciously fought back against not only the sexual harassment she endured, but also against a sexual harassment investigation that reached erroneous factual and legal conclusions, Gerald would have tragically allowed the University—and not the First Circuit Court of Appeals—to resolve her fate by playing the role of judge and jury.