What Type Of Remarks Reflect A Discriminatory Failure To Hire? 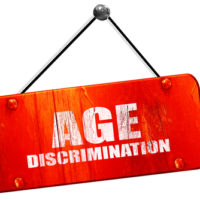 Federal and Florida law prohibit employers from refusing to hire any individual because of his or her race, color, national origin, sex, pregnancy, religion, disability, or age. Although it is sometimes difficult for victims of a discriminatory failure to hire to have access to all of the information helpful in proving their case before a lawsuit is filed, a recent discriminatory failure to hire case brought by the U.S. Equal Employment Opportunity Commission (EEOC) illuminates the type of evidence that can arise out of the hiring process and be used in proving this type of discrimination case.

In a Consent Decree entered into on January 5, 2016, Seymour Midwest agreed to pay Maril $100,000 to resolve the case. Seymour Midwest also agreed to provide on-going training on equal employment topics, including an overview of the ADEA, to all employees with the authority to participate in hiring decisions.