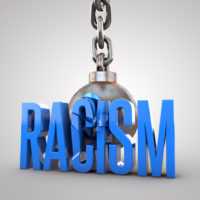 The US Equal Employment Opportunity Commission has recently filed a lawsuit in federal court on behalf of the former hiring manager at a Florida location of a Whataburger restaurant. The EEOC claims in its suit that upper management retaliated against the woman when she refused to make hiring decisions on the basis of race. The case is an important example of how even a white employee can be the victim of a racially-discriminatory policy in the workplace.

The plaintiff in the recently-filed lawsuit, Vanessa Burrous, is a former employee of one of Tallahassee’s five Whataburger locations. Among her job responsibilities was hiring lower-level staff. Burrous claims that the store’s general manager, Johanna Risk, exerted pressure on Burrous to hire only white applicants. Risk suggested, for example, that when reviewing applications, Burrous should contact only those applicants whose names sounded white. According to the EEOC’s lawsuit, “Ms. Burrous opposed and refused to participate in the racially discriminatory hiring directive to hire white — not black — applicants. Instead, Ms. Burrous continued to hire the most qualified applicants for vacant positions, regardless of race or color.”

Burrous’ unwillingness to show racial bias in her hiring decisions caused tensions to come to a head in the spring of 2015. In April of that year, Burrous held open interviews for new crew members. Among the eight new employees she hired, seven were black. Risk became “infuriated” by this, according to the lawsuit. Burrous was reprimanded for this repeatedly, and was eventually required to attend a meeting with Risk and the Whataburger area manager, Misa Levin. Burrous claims that Levin “angrily” informed her that the policy to hire only white applicants had come from “upper management.” The lawsuit claims, “Levin told Ms. Burrous that Whataburger’s ‘customer base is white and we want the faces behind the counter to match the customer base.’”

After this meeting, Burrous claims that her working conditions deteriorated further. She alleges that she was forced to endure emotional and verbal abuse, as well as punishing changes to her schedule, an increased workload, and unpaid overtime work. Eventually, she was forced to resign to bring an end to the poor treatment. Burrous contacted the EEOC, which filed a lawsuit against the company under Title VII of the Civil Rights Act, claiming that by forcing Burrous to hire only white workers and retaliating against her for failing to do so, they were committing employment discrimination on the basis of race.

If you’ve been the victim of a racially-discriminatory workplace policy in Gainesville, Orlando, or Citrus County, contact the aggressive and effective Ocala employment discrimination attorneys at James P. Tarquin, P.A. for a no-cost consultation, at 352-401-7671.