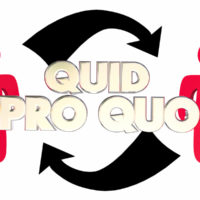 Having long represented employees who have endured sexual harassment in the workplace, our Central Florida sexual harassment attorneys have learned that quid pro quo sexual harassment can often have a disastrous impact on the lives of victims. As explained by the U.S. Second Circuit Court of Appeals in Jin v. Metro Life Ins. Co., 310 F.3d 84 (2d Cir. 1994), “requiring an employee to engage in unwanted sex acts is one of the most pernicious and oppressive forms of sexual harassment that can occur in the workplace.” A recent decision by the U.S. Third Circuit Court of Appeals in Moody v. Atlantic Bd. of Educ., No. 16-4373 (3d Cir. Sept. 6, 2017) illustrates that the link between a supervisor’s sexually harassing conduct and a job related reprisal is often subtle because, as observed by the court in Fowler v. Sunrise Carpet Industries, Inc., 911 F.Supp. 1560 (N.D. Ga. 1996), “as time goes by and harassers learn that they can no longer victimize their prey at will their actions become less overt.”

In Moody, Michelle Moody (Moody) brought a sexual harassment claim pursuant to Title VII against the Atlantic City Board of Education (Board). Moody worked as a substitute custodian for the Board. Moody claimed that the custodial foreman of the New York Avenue School, who was her supervisor, subjected her to severe and pervasive sexual harassment. The alleged sexual harassment included touching her breasts and buttocks, trying to remove her shirt, sending her sexually explicit text messages, and calling her into his office while he was sitting naked on a chair.

The sexually harassing behavior escalated into quid pro quo sexual harassment, with the supervisor saying he would assign her more hours if she performed sexual favors for him and luring her into an unwanted sexual encounter with promises of full-time work. In the days following the sexual encounter, Moody told the supervisor that “it would never happen again.” After Moody rejected the supervisor’s sexual advances, Moody claimed that the supervisor began treating her differently, including reducing her hours and replacing her with another substitute custodian.

Moody then reported the supervisor’s sexually harassing behavior to the Board’s Assistant Superintendent. The Assistant Superintendent relayed Moody’s complaint to Human Resources. Human Resources initiated an investigation, but did not reach a conclusion as to whether Moody was sexually harassed. The Board then hired an outside law firm to conduct an independent investigation of Moody’s sexual harassment complaint. The law firm issued a report finding that Moody had not been subjected to sexual harassment or discrimination.