When An Employee Signs A Severance Agreement Must The Money Be Returned As A Precondition To Filing A Lawsuit? 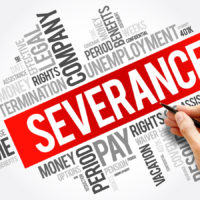 In that case, Jena McClellan (McClellan) brought a lawsuit against her former employer, Midwest Machining, Inc. (Midwest), challenging the validity of a severance agreement and asserting employment discrimination claims pursuant to Title VII of the Civil Rights Act of 1964 (Title VII), as amended by the Pregnancy Discrimination Act, and the Equal Pay Act (EPA). McClellan began working for Midwest in 2008 as a telemarketer. McClellan was quickly promoted to working in Midwest’s “inside sales” department. In late August 2015, McClellan informed Midwest that she was pregnant. According to McClellan, her supervisor began making negative remarks about her pregnancy and was irritated by her absences from work for pre-natal appointments. About three months later, McClellan was fired despite having no disciplinary history.

On the day of her termination, McClellan alleged that Midwest’s president called her into his office. There, he presented McClellan with an agreement and said that she “needed to sign if she wanted any severance.” McClellan testified that she felt bullied throughout the meeting, that she felt she could not ask questions, and that the president’s tone was “raised” during the entire conversation. “Feeling pressured,” McClellan signed the agreement, without the benefit of a lawyer. The agreement provided that McClellan would waive “any and all past, current, and future claims” that she had against Midwest. Under the terms of the severance agreement, Midwest agreed to pay McClellan $4,000, payable in eight weekly installments. Midwest made each payment and McClellan accepted them.

After she signed the severance agreement and accepted the money, McClellan filed a charge of discrimination against Midwest with the U.S. Equal Employment Opportunity Commission (EEOC). After receiving a notice of right to sue from the EEOC, McClellan filed an employment discrimination lawsuit against Midwest alleging that she was fired on the basis of pregnancy in violation of Title VII and subjected to unequal pay in violation of the EPA. As part of her employment discrimination lawsuit, McClellan claimed that the severance agreement was not a valid and enforceable contract because it was the product of duress.

After she commenced the lawsuit, McClellan, at the direction of her attorney, sent a letter to Midwest stating that she was “rescinding the severance agreement . . . because she wanted to litigate matters relating to her former employment and termination.” Enclosed with the letter was a check for $4,000. Midwest responded to the letter by returning the check to McClellan a week later, asserting that “there was no legal basis for rescinding the severance agreement.”

On appeal, the Sixth Circuit reversed the trial court’s dismissal and reinstated McClellan’s Title VII and EPA claims. In doing so, the appellate court ruled that employees are not required to return money received pursuant to a severance agreement as a precondition to bringing claims under Title VII or the EPA. The court of appeals reasoned that “requiring recently discharged employees to return their severance pay before they can bring claims under Title VII and the EPA would serve to only protect malfeasant employers at the expense of employees’ statutory protections at the very time that those employees are most economically vulnerable.” The Sixth Circuit explained that in the event the employee prevails on a Title VII or EPA claim, the money paid to the employee pursuant to the severance agreement can be “deducted from any award.”

Based in Ocala, Florida and representing employees throughout Central Florida, we have almost twenty years of experience litigating employment law cases. If you have questions about employment law or a severance agreement, especially if signing under duress, please contact our office for a free consultation with our Florida employment law attorneys. Our employee rights law firm takes employment law cases on a contingency fee basis. This means that there are no attorney’s fees incurred unless there is a recovery and our attorney’s fees come solely from the monetary award that you recover.