When Does An Employer Know Or Have Reason To Know That An Employee Is Disabled? 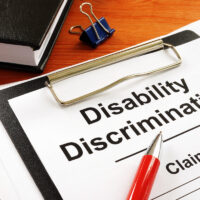 Notice Of Disability Under ADA

Unquestionably, as pointed out by the U.S. Sixth Circuit Court of Appeals in Hammon v. DHL Airways, Inc., 165 F.3d 441 (6th Cir. 1999), “an employer has notice of an employee’s disability when the employee tells the employer that he is disabled.” However, courts have determined that employees are not required to use the word “disabled” in order to impart notice to the employer of their disability. In this article, our Citrus County, Florida wrongful termination lawyers explain how the decision by the Sixth Circuit in Cady v. Remington Arms Company, 665 Fed. Appx. 413 (6th Cir. 2016) illuminates the type of information that will provide an employer with actual knowledge (employer knew) or constructive knowledge (employer should have known) of an employee’s disability.

In that case, Robert Cady (Cady) brought a wrongful termination claim against his former employer, Remington Arms Company (Remington), pursuant to the ADA. Cady alleges that Remington violated the ADA by firing him because of his disability.

In 2000, Cady hurt his back while bending to tie his shoe. Surgery relieved the pain until 2007, when his back pain flared again. He underwent a second surgery in 2008, and for a brief period his doctor restricted him from lifting and bending. Thereafter, Cady experienced little pain, and had no occasion to request work restrictions for his light-work job.

In 2012, Cady began working for Remington as an engineer. In 2013, according to Cady, his back began “progressively getting worse.” The following month, he had an MRI and scheduled a meeting with his neurologist for July 12, 2013 to discuss the MRI results. The day before the neurologist appointment, Cady told an HR manager that he was going to the doctor due to back pain, and shared his MRI results with her. This was the first time that Cady told anyone at Remington about his back issues. The MIR disclosed significant lower back problems, including spinal stenosis and nerve compression. Cady’s doctor prescribed only pain mediation because he was concerned that another intrusive surgery might exacerbate the pain. Cady told the doctor that his job was sedentary, and they agreed that he did not need any work restrictions.

Employee Fired After Disclosing Back Condition

The Monday following his doctor’s appointment, Cady traveled from his office in Kentucky to Remington’s plant in Minnesota. Remington’s Vice President, who worked at the plant in Minnesota, tasked Cady with increasing the plant’s production capacity. Among other job duties, the Vice President wanted Cady to assemble Creform work stations—benches made out of interlocking pipes and joints that can be customized to fit a particular manufacturing task. According to Cady, his job was to train others how to build the stations, not to construct them himself.

In applying this notice standard, the Sixth Circuit concluded that “a reasonable fact finder could determine that Cady notified Remington that he was disabled.” In support of its conclusion, the court of appeals pointed to evidence that Cady told the HR manager about seeing a surgeon about his back pain and shared with her the results of his MRI, which disclosed spinal stenosis and nerve compression. The appellate court also noted that Cady told the plant manager about his back issues and told the Vice President that he was concerned building stations would hurt his back. Taking all of this evidence together, the Sixth Circuit concluded, “a jury could find that Cady’s complaints about his back, coupled with Remington’s knowledge of his surgeries, recent doctor’s visit, and MRI results, sufficient to put Remington on notice that he was disabled.”