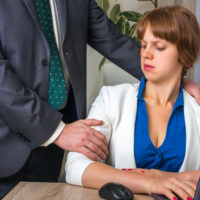 In sexual harassment cases, employers frequently defend against the allegations by claiming that the harasser was “joking” with the victim or the touching of the victim was “accidental.” In claiming that the verbal conduct of a sexual nature was a “joke” and physical conduct of a sexual nature was “accidental,” employers are attempting to convince trial courts that the sexual behavior was not something that a reasonable person would find offensive. Unfortunately, some trial courts find such manufactured arguments persuasive and decide factual issues regarding the harasser’s intent in favor of employers instead of submitting them to a jury for resolution. The decision by the U.S. Second Court of Appeals in Redd v. New York State Division of Patrol, 673 F.3d 166 (2d Cir. 2012) reflects that factual issues regarding a harasser’s intent must be resolved by the jury and not by the trial court.

In Redd, Fedie Redd (Redd), who is female, brought a sexual harassment lawsuit pursuant to Title VII of the Civil Rights Act (Title VII). Redd was employed as a parole officer by the New York State Division of Parole (Division). Redd claimed that on three occasions over a five-month period a female supervisor made sexual advances to her by touching her breasts. Redd alleged that she complained to the Director of Human Resources about the supervisor’s sexual touchings, but no action was taken. The Division moved to dismiss Redd’s sexual harassment claim on grounds that the three incidents of sexual touchings over a five-month period was not sufficiently severe or pervasive to create a hostile work environment. The trial court agreed and dismissed Redd’s sexual harassment claim. The trial court reasoned that the supervisor’s sexual touching of Redd was “relatively minor, incidental physical contact” that “may have been purely accidental.” The trial court further found that because Redd did not produce any evidence that the supervisor is a lesbian or was acting based on sexual desire, Redd did not prove that the female supervisor touched her breasts because Redd is a woman. Thus, according to the trial court, a “jury would have to speculate as to [the supervsior’s] underlying motivation” for touching Redd’s breasts.

Turning to the trial court’s finding that the supervisor’s sexual touching of Redd “may have been purely accidental,” the Second Circuit emphasized that this was an issue of fact “for the jury to decide, not issues for the court to resolve as a matter of law.” The appellate court further found that the trial court’s impermissible resolution of this factual issue was contradicted by the evidence. Pointing to evidence that the supervisor repeatedly went out of her way to make contact with Redd, always made contract with the same part of Redd’s body, never apologized to Redd, and “rubbed up against” and “felt” Redd’s breasts, the appellate court concluded that the supervisor’s “touchings could not be considered accidental.”

Although decided in the context of a sexual harassment trial, the principles set forth by the Second Circuit in Redd also apply when an employee makes an internal complaint of sexual harassment. Too often, employers respond to internal complaints of sexual harassment by attempting to obtain evidence that it can use to defend itself against a potential sexual harassment lawsuit rather than taking action designed to protect the victim. In doing so, employers will sometimes try to obtain admissions from the victim, such as the harasser was “joking,” the harassment was “sporadic or isolated,” or the touching was “accidental.” In other words, the employer is attempting to portray the harassment, just as the trial court did in Redd, as “relatively minor,” “incidental,” or not “severe.” Moreover, employers will frequently ask such questions in an argumentative manner where the question is presented as a declarative statement of fact. Likewise, employers will often ask such questions in a leading manner where the question suggests the desired answer. As the Second Circuit found that such factual issues were for the jury to resolve, Redd demonstrates that the employer’s true motive when asking the victim such questions is to structure an investigation in a manner that will enable factual issues in a sexual harassment lawsuit to be resolved in against the harasser and in favor of the company.