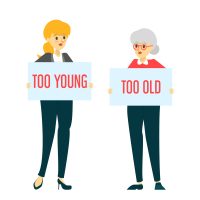 In that case, a woman named Zuck (Zuck) brought an age discrimination lawsuit against her former employer, Pennsylvania Certified Organic, Inc. (PCO), pursuant to the Age Discrimination in Employment Act (ADEA). Under the ADEA, employees are protected from age discrimination with respect to all aspects of employment, including termination. Zuck claims that PCO violated the ADEA by firing her because of her age.

PCO is a provider of organic farming certifications and education services. Zuck was employed by PCO as Executive Director. In mid-2018, Zuck had dinner with the President of the PCO Board of Directors (the Board), a man named Howard. At that dinner, Howard asked whether Zuck had considered retiring, and proposed a few different off-ramps. Howard said that it might be the right time for Zuck to leave the organization altogether—whether through resignation or retirement—or to accept a diminished role and remain involved as a consultant.

Zuck rebuffed Howard’s offer and asked whether his inquiry was performance-related. Howard said it was not. He instead told her that he had inquired because “the Board is ready to move onto the next generation of leadership.” Despite Zuck’s rejection, Howard broached the subject again by phone a few days later. During that phone call, Howard said that he’d help Zuck put together “a retirement plan that the Board would accept” and offered a “generous retirement/consultant severance. Zuck refused to retire. Two months later, the Board terminated Zuck’s employment. Zuck, then 60, was replaced by two much younger employees, one age 36 and one age 39.

PCO filed a motion with the trial court seeking dismissal of Zuck’s age discrimination claim. In moving for dismissal of the case, PCO contended that the evidence established Zuck was fired because of unsatisfactory work performance and not because of her age. The trial court denied PCO’s motion for dismissal and ruled that Zuck was entitled to bring her age discrimination claim before a jury for resolution.

In denying PCO’s motion for dismissal, the trial court focused on Howard’s remark that the Board “is ready to move onto the next generation of leadership.” The trial court pointed out that it was not impermissible for Howard to inquire about Zuck’s retirement plans or even to have tendered a retirement offer. However, the trial court explained, Howard’s discussion with Zuck “exceeded these bounds when he delved into the Board’s reason for wanting to move on.” A reasonable jury could find that the reason the Board wanted to move on from Zuck, the trial court explained, was a desire for “someone from the next generation—i.e., younger leadership.” That “rationale,” the trial court observed, “goes to the heart of whether [the Board] had a discriminatory intent in firing Zuck.” Because a jury could reasonably find that the Board wanted to move on from Zuck because of a desire for “younger leadership,” the trial court concluded that Zuck has presented sufficient evidence to establish that she was fired because of her age and, thus, was entitled to proceed to a jury trial.