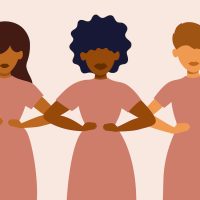 In 2013, Heredia-Caines began her employment with LVH as a scheduling coordinator. In 2015, she was transferred to the Patient Financial Services Department to become a customer service agent. In this position, Heredia-Caines reported directly to a supervisor named Roth. Heredia-Caines alleges that Roth subjected her to discriminatory harassment over the course of 2016 and 2017 by singling out her and other Hispanic employees for abusive treatment.

Heredia-Caines further claims that Roth was involved in the decision to deny her promotion to a supervisory position. The other candidates for the position were all white. Although another management employee conducted the interviews of the candidates, Roth sat in on these interviews to take notes and to give his opinion on each candidate. Heredia-Caines did not get the job. Instead of promoting Heredia-Caines, LVH promoted one of Heredia-Caines’ white co-workers. Heredia-Caines contends that she was denied promotion on the basis of her race and national origin because Roth, a manager who allegedly regularly expressed anti-Hispanic prejudice, was involved in her interview and in the decision-making process for the supervisor position.

In support of its conclusion, the trial court explained that Heredia-Caines “has produced evidence suggesting that she worked under a supervisor who regularly singled out Hispanic employees for verbal abuse and physically aggressive displays of authority.” Moreover, the trial court observed, Heredia-Caines has produced evidence that Roth “was involved” in the decision to deny her promotion and the decision to deny her promotion was motivated by Roth’s discriminatory intent.