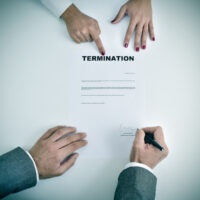 Having represented retaliation victims for more than two decades, our Marion County, Florida retaliatory termination lawyers have learned that enforcement of the federal employment laws often depends on the willingness of employees to oppose unlawful employment practices without the fear of retaliation. As the U.S. Supreme Court in Crawford v. Metropolitan Gov. of Nashville v. Davidson County, 555 U.S. 217 (2009) observed, “fear of retaliation is the leading reason why people stay silent instead of voicing their concerns about bias and discrimination.” Consequently, the federal employment laws contain anti-retaliation provisions which protect employees from retaliation when they complain about perceived employment discrimination. In this article, our Ocala, Florida retaliatory termination attorneys explain how the decision in Osuan v. City of New York,2019 WL 2544866 (S.D. N.Y. June 20, 2019) illustrates the broad protection afforded to employees under the anti-retaliation provisions of the federal employment laws.

From May to September 2016, Osuan, a Nigerian national, worked on the analytics team at the New York City Department of Buildings (DOB). During those four months, Osuan claims that she was the only non-American citizen on the team. Osuan reported directly to a man named Martin, the Chief Analytics Officer.

In June 2016, Osuan assisted Martin in reviewing job applications for an open analytics position with the DOB. According to Osuan, Martin rejected several qualified candidates because of their national origin, remarking that foreign applicants not fluent in English “would have to leave” once their work authorization expired, and “would not be helpful or of any use.” In late August 2016, Osuan complained to the DOB’s Human Resources Department about Martin’s remarks. Two weeks later, Martin criticized Osuan for arriving late and completing her time card incorrectly. Osuan protested to Martin that her American born co-workers were not reprimanded for similar infractions. Three days later, the City terminated Osuan without explanation.

Based in Ocala, Florida and representing employees throughout Central Florida, our Marion County, Florida retaliatory termination attorneys have been litigating retaliation cases in Florida courts for more than twenty years. If you have been fired in retaliation for complaining about workplace discrimination or have questions about your employee rights under the federal employment laws, please contact our office for a free consultation with our Ocala, Florida retaliatory termination lawyers. Our worker rights law firm takes retaliatory termination cases cases on a contingency fee basis. This means that there are no attorney’s fees incurred unless there is a recovery and our attorney’s fees come solely from the monetary award that you recover.