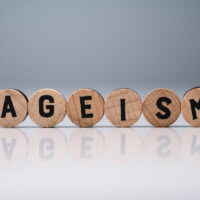 Having represented employment discrimination victims for more than twenty years, our Columbia County, Florida employment discrimination lawyers know that employees are often forced to quit because of an intolerable work atmosphere. Under the federal employment laws, when an employer makes an employee’s working conditions so intolerable that the employee is compelled to quit, the employee is considered to have been constructively discharged. To establish a claim of constructive discharge, an employee must show that his or her working conditions were so intolerable that a reasonable person in the employee’s position would be forced into an involuntary resignation.

Under the constructive discharge doctrine, when an employer forces an employee to quit because of intolerable working conditions, it is just like the employer fired the employee and the employee is legally entitled to recover lost wages just as if the employee had been fired. In this article, our Lake City, Florida employment discrimination lawyers explain how the decision by the U.S. District Court for the Eastern District Of New York in Ingrassia v. Health & Hospital Corp., 2015 WL 5229444 (E.D. N.Y. Sept. 8, 2015) illustrates how intolerable working conditions may give rise to a claim for constructive discharge.

In that case, Jeanette Ingrassia (Ingrassia) brought an employment discrimination lawsuit against her former employer, Health & Hospital Corp. (HHC), pursuant to the federal employment laws. Ingrassia claimed that she was unlawfully harassed because of her gender and age and was retaliated against for complaining about the harassment. Because of the harassment and retaliation, Ingrassia further claimed that she was forced into an involuntary resignation and thus was constructively discharged.

Ingrassia worked for HHC for a total of 23 years. Ingrassia alleged that one of her supervisors, a man named Morales, made comments that “he did not like women and that they were only good for sex,” and that he would “donate the older women to a different department because he had not use for them.” Ingrassia’s subsequent supervisor, a man named Schwendemann, “continued and increased the same type of insulting behavior.” Schwendemann would comment that Ingrassia “could not keep up with the girls” and that she was the “oldest women.” Schwendemann would also question when Ingrassia planned to retire. Schwendemann, according to Ingrassia, also engaged in sexually harassing behavior by frequently coming within a foot of Ingrassia and grabbing himself in the groin so that Ingrassia could see.

Employee Claims She Was Forced To Quit

Ingrassia complained to Schwendemann about his conduct and also wrote to her union representative to complain about Schwendemann’s behavior. When Schwendemann found about the complaint to the union, he retaliated against Ingrassia by yelling at her in front of other employees and by docking her pay when she was only a few minutes late to work. Schwendemann also tapped Ingrassia’s phone in order to listen to her conversations. On several occasions, Ingrassia returned to work from vacation to find her desk moved so that she was facing the wall, as if she were being punished. As a result of the harassment and retaliation, Ingrassia claimed that she was “upset to the point that she had to quit.”