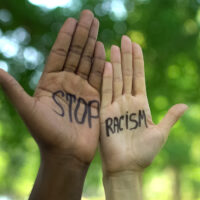 Over the course of the past twenty years, our Hommossa, Florida racial discrimination attorneys have represented Florida employees who have been required to work in a racial hostile work environment. Having decades of experience representing racial harassment victims, our Citrus County, Florida racial discrimination lawyers know that racial harassment continues to persist as a serious problem in the American workplace. Under Title VII of the Civil Rights Act of 1964 (Title VII), which was enacted at the height of the American Civil Rights Movement, employers are obligated to protect employers from racial harassment at work. Title VII further mandates that when an employer knows or should know of racial harassment in the workplace, the employer is required to take prompt corrective action to stop the harassment and prevent the harassment from continuing.

In order to protect racial harassment victims, Title VII also contains an anti-retaliation provision. Under Title VII, employers are prohibited from retaliating against employees who complain about perceived racial harassment at work. When an employee is terminated in retaliation for lodging a racial harassment complaint, the employee has been wrongfully fired in violation of Title VII. In this article, our Hommossa, Florida racial discrimination lawyers explain how the recent decision by the U.S. District Court for the Western District of North Carolina in Redmond v. Flexsol Packaging Corporation, Case No. 5:19-cv-00124 (W.D. N.C. Mar. 23, 2021) demonstrates that employees are protected from retaliation when they complain about perceived racial harassment in the workplace.

In that case, Reggie Redmon (Redmon) brought a retaliation lawsuit against his former employer, Flexsol Packaging Corporation (Flexsol), pursuant to Title VII. Redmon, who is African-American, contends that Flexsol violated Title VII by firing him in retaliation for complaining about racially harassing behavior in the workplace.

In December 2012, Flexsol, a manufacturer of plastics and packaging materials, hired Redmon to work at its plant in Statesville, North Carolina as a repel operator. Redmon alleges that, beginning in June 2016, he was subjected to racially harassing behavior by an white employee named Hensley. The racial harassment, according to Redmon, started when Hensley tied some rope together to make a noose. As Hensley made the noose, Redmon asserts that he approached Hensley explained to him the deep-rooted, racist history surrounding nooses, and how Hensley’s conduct offended him. Hensley allegedly dismissed Redmon’s concerns, responding that what he was doing was not a problem, and that “slavery happened a long time ago.”

Redmon complained about the noose incident to a manager and a supervisor. Despite Redmon’s complaint, Flexsol failed to take any corrective action against Hensley as a result of this conduct. Sometime soon after Flexsol failed to discipline Hensley for making the noose, Redmon heard Hensley make several racist comments. Redmon also witnessed Hensley wearing a white sheet over his head that had two holes cut around the eyes—resembling a hood donned by members of the Ku Klux Klan. No disciplinary action was taken against Hensley, until he was terminated after Flexsol was confronted with a picture of Hensley wearing a white sheet over his head during a meeting with the U.S. Equal Employment Opportunity Commission following Redmon’s termination.

In November 2017, as Redmon concluded his daytime shift, the night shift supervisor, who had a history of referring to African-American employees using racial epithets, approached Redmon and said, “you got my machine running, boy?” After this incident occurred, Redmon lodged another racial harassment complaint. Flexsol, according to Redmon, did not take any corrective action against the night shift supervisor. In March 2018, four months after Redmon made his last racial harassment complaint, Flexsol fired Redmon. Flexsol claims that Redmon was terminated because he exceeded the allowable number of absences and late arrivals to work.

Flexsol filed a motion with the trial court seeking dismissal of Redmon’s retaliation claim. In support of its motion for dismissal, Flexsol argued that the evidence established that Redmon was fired for a legitimate, non-retaliatory reason—exceeding the allowable number of absences and late arrivals to work—and not because he complained about racial harassment in the workplace. The trial court denied Flexsol’s motion for dismissal and ruled that Redmon was entitled to proceed to a jury trial on the issue of whether he was fired in retaliation for complaining about racial harassment at work.

In denying Flexsol’s motion for dismissal, the trial court determined that a “jury could conclude that Flexsol’s proffered explanation for the discharge is unworthy of credence.” In support of its determination, the trial court pointed to evidence that Redmon’s supervisor had testified that Redmon “was a capable employee with a satisfactory attendance record.” Based on this evidence, the trial court reasoned, a jury “might find Flexsol’s asserted explanation to be a pretext for [retaliation],” especially “in light of the direct evidence of Flexsol’s numerous racial issues” in the workplace.