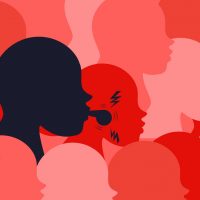 In that case, a woman named Barr brought a whistleblower lawsuit against her former employer, Laboratory Corporation of America Holdings (Labcorp). Barr claims that she was unlawfully fired in retaliation for complaining about Labcorp’s alleged violations of the law.

Barr is a medical doctor. In 2014, Barr began providing pathology services to Labcorp at its San Diego laboratory. Labcorp operates a network of clinical laboratories that provide testing and diagnostic services. In 2017, Barr complained to management about alleged reporting errors by her supervisor, a woman named Thompson, and other pathologists. In July 2018, Barr met with Labcorp’s vice president, a woman named Engle. During this meeting, Barr complained that Thompson had allegedly falsified data on mandatory reports and that Thompson did not record or correct other pathologists’ mistakes after Barr reported them to Thompson. After the meeting, Engle investigated Barr’s claims. In August 2018, Engle and Thompson met with Barr to communicate the findings from Engle’s investigation. Immediately thereafter, Barr called Labcorp’s compliance hotline and Center for Medicaid Services and lodged quality assurance complaints.

In September 2018, Engle and Thompson notified Barr that her employment was terminated. Labcorp claims that strategic business decisions led to Barr’s termination. Labcorp maintains that the volume of work at the San Diego lab did not justify the number of pathologists servicing it. After an investigation, Labcorp contends that having fewer pathologists with a more even distribution of caseload was the best course for efficiency. After reviewing the pathologists’ case history, Engle determined that Barr’s high volume of cytology specimens warranted termination.

Labcorp filed a motion with the trial court seeking dismissal of Barr’s whistleblower claim. In support of its motion for dismissal, Labcorp argued that the evidence established that Barr was fired for legitimate business reasons and not because of her whistleblower activity. The trial court denied Labcorp’s motion for dismissal and ruled that Barr was entitled to proceed to a jury trial on the issue of whether she was fired for “blowing the whistle.”

One of the most important decisions that whistleblowers must make is deciding which employment lawyers to consult with regarding their legal rights. As part of our commitment to protecting and vindicating employee rights, an experienced employment attorney will speak with you personally and you will receive the individualized attention your case deserves. We offer free confidential case evaluations and you will never have to pay to speak with our employment lawyers regarding your rights as a whistleblower. We are available for consultation at your convenience, and are able to schedule telephone consultations for evenings and weekends.