Age Discrimination Can Still Occur When A Replacement Is Over 40 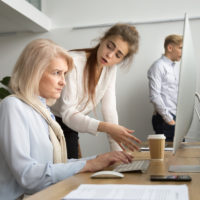 The Age Discrimination in Employment Act (“ADEA”), which is federal law, and the Florida Civil Rights Act (“FCRA”), which is Florida law, prohibit an employer from discriminating against an individual in employment practices because of such individual’s age. Courts have determined that the legal standards which govern age claims under the ADEA also govern age claims under the FCRA. The protected age class under the ADEA and FCRA includes individuals over the age of 40. In other words, an individual must be at least 40 years of age in order to be protected against age discrimination by the ADEA and FCRA.