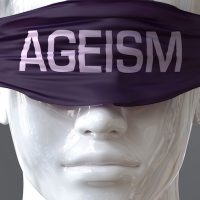 In that case, a man named Stircula brought an age discrimination lawsuit against his former employer, Lowe’s Home Centers, LLC (Lowe’s), under the Age Discrimination in Employment Act (ADEA). The ADEA makes discrimination against employees on the basis of age an unlawful employment practice. Stircula claims that Lowe’s violated the ADEA by terminating his employment because of his age.

From 2005 until 2019, Stircula worked as a salesperson at Lowe’s store in Bedford Heights, Ohio. Stircula’s manager was a man named Crawford. In August 2018, Stircula learned of a new position in the Bedford Heights store for a commercial sales manager. When Stircula told Crawford that he was interested in the position, Crawford told Stircula that he would get Stircula more information on the position. Crawford, however, never provided the information to Stircula and the position was given to an employee who was substantially younger than Stircula and with less seniority.

During the litigation, Stircula presented testimony from a former Lowe’s employee, a man named Huggard, who stated that Crawford told him that older employees “moved too slow,” and in regards to Stircula in particular, “you can’t teach an old dog new tricks.” Huggard further testified that Crawford told him that he wanted to replace older workers with younger workers due to the fact that older workers were too set in their ways and commanded higher salaries.

Shortly thereafter, Stircula was fired for allegedly violating Lowe’s policy by attempting the stop the alleged shoplifter and following him out of the store. Stircula contends that substantially younger employees pursued shoplifters and were not fired. Stircula further contends that, despite Lowe’s representations to the contrary, managers at the Bedford Heights store encouraged employees to pursue shoplifters.