Are Employees Protected From A Racially Discriminatory Workload? 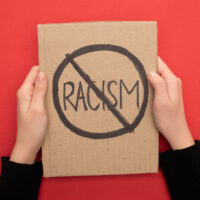 Having represented racial discrimination victims for more than twenty years, our Citrus County, Florida race discrimination lawyers know that employees are often targeted for discriminatory racial abuse by assigning them a disproportionately heavy workload relative to employees of another race. Under Title VII of the Civil Rights Act of 1964 (Title VII), employees are protected from race discrimination with respect to the entire spectrum of the compensation, terms, conditions, or privileges of employment, including work assignments. In Feingold v. New York,  366 F.3 138 (2d Cir. 2004), the U.S. Second Circuit Court of Appeals determined that a racially discriminatory workload violates Title VII’s mandate of workplace equality. In this article, our Inverness, Florida racial discrimination attorneys explain how the recent decision in Sanderson v. Leg Apparel, LLC, 2020 WL 3100256 (S.D. N.Y. June 11, 2020) illustrates that discriminatory assignment of a disproportionately heavy workload is an unlawful employment practice under Title VII.

Sanderson worked for Leg Apparel as a senior planner for almost three years. Sanderson alleges that his work performance was “stellar,” that he received annual salary increases, and that he was never “written up” for his behavior. In August 2016, Sanderson claims that he had a “formal discussion” with the former head of Human Resources. During the discussion, Sanderson expressed his concern that he was carrying a heavier workload than his white co-workers. In the fall of 2017, Sanderson made another complaint to management about his excessive workload, claiming that his supervisor “forced” him to stay at work until 10:30 p.m.

In September 2017, Sanderson lodged a race discrimination complaint with the Human Resources Manager. Sanderson complained that he had a disproportionate workload and that his white co-workers seemed to have very little work. For example, Sanderson alleges that he observed a white co-worker, a man named Ford, reading articles on his computer rather than doing his work. Sanderson claims that his supervisors treated Ford better than him because Ford is white. Two days after he made his race discrimination complaint, the CFO of Leg Apparel told Sanderson that he was fired because it was “in the best interest of the company.”