Are Negative Performance Reviews Evidence Of A Retaliatory Termination? 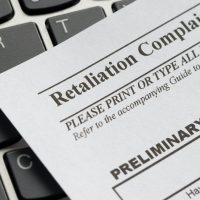 In that case, a man named Kirkland brought a retaliatory discharge case against his former employer, Cablevision Systems (Cablevision), pursuant to Title VII of the Civil Rights Act of 1964 (Title VII). Title VII prohibits employers from discriminating against employees because of race. To protect racial discrimination victims, Title VII also contains an anti-retaliation provision. Under Title VII, employers are prohibited from retaliation against employees for complaining about perceived racial discrimination in the workplace.

Kirkland, who is African-American, alleges that he was treated differently and less favorably from white employees. Kirkland further alleges that whenever he complained to his supervisor or human resources personnel about the racial discrimination, he was subjected to retaliation, through unsatisfactory performance evaluations and, ultimately, the termination of his employment.

During the litigation, Cablevision asserted that Kirkland was fired because of an unsatisfactory work performance. Cablevision further claimed that Kirkland failed to improve his work performance after being counseled by his supervisors and human resources personnel. Adopting Cablevision’s rationale for Kirkland’s termination, the trial court dismissed Kirkland’s retaliatory discharge claim. On appeal, the U.S. Second Circuit Court of Appeals reversed the trial court’s dismissal and reinstated Kirkland’s retaliatory discharge claim.

Based on this evidence, the Second Circuit concluded, a jury could reasonably find that Kirkland was subjected to negative performance reviews and ultimately fired in retaliation for complaining about race discrimination.

One of the most critical decisions workplace retaliation victims must make is which employment law attorneys to consult with regarding their employee rights. As part of our law firm’s dedication to helping retaliation victims, an experienced employment law attorney will speak with you personally and you will receive the individualized attention your case deserves. We offer free confidential case evaluations for employees, and you will not have to pay to speak with our employment law attorneys regarding your employee rights. We are available for consultation at your convenience, including scheduling telephone consultations for evenings and weekends.

Based in Ocala, Florida and representing workers throughout Florida, our employment attorneys in Marion County, Florida have dedicated their practice to fighting for employee rights. If you have been retaliated against for complaining about workplace discrimination or have questions about your rights as a victim of workplace retaliation, please contact our office for a free consultation with our employment lawyers in Marion County, Florida. Our employee rights law firm takes workplace retaliation cases on a contingency fee basis. This means that there are no attorney’s fees incurred unless there is a recovery and our attorney’s fees come solely from the monetary award that you recover.