Can Employees Still Prove Race Discrimination When Discharged In A Reduction In Force? 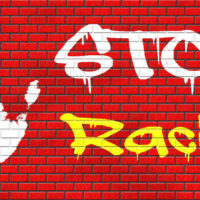 In that case, Lamar Barbara (Barbara) sued his former employer, HERE North America, LLC (HERE), for race discrimination pursuant to Title VII of the Civil Rights Act of 1964 (Title VII). Barbara claimed that HERE terminated him because of his race. Barbara, who is African-American, worked as a hardware technician at HERE’s warehouse in Berkeley, California. His duties involved building and repairing camera rigs that were installed on the tops of vehicles as part of HERE’s global 3D street-mapping system.

Barbara claimed that he was subjected to daily racial harassment while employed by HERE, including having a sign reading “Colored” posted above his work area door, hearing racial slurs, and being subjected to derogatory remarks about African-Americans by his supervisors and co-workers. On one occasion, according to Barbara, his supervisor, an employee named McGuire, saw him walk into the camera room and stated, “Is this the black people room?” Barbara further alleged that McGuire excluded him from training, singled him out for discipline, failed to stop the racially harassing behavior, and used the terms “brother” and “black people” in stereotypical and offensive ways. Barbara claimed that he complained about race discrimination to an employee in the human resources department “at least a dozen times,” including a complaint about two months before his termination.

HERE filed a motion with the trial court seeking dismissal of Barbara’s race discrimination claim. HERE argued that Barbara could not establish that his termination was racially motivated because there was a company-wide reduction in force and his services were no longer needed at the Berkeley warehouse. Consequently, HERE maintained that Barbara’s race discrimination claim was meritless and he was prohibited from bringing his claim before a jury for resolution. The trial court denied HERE’s motion for dismissal and ruled that a jury must resolve the issue of whether HERE selected Barbara for the reduction in force because of his race.

Based in Ocala, Florida and representing employees throughout Central Florida, we have almost twenty years of experience fighting for employees who have been the victim of racial discrimination in the workplace. If you have endured racial discrimination at work or have questions about your employee rights, please contact our office for a free consultation with our Alachua County, Florida discrimination attorneys. Our employee rights law firm takes discrimination cases on a contingency fee basis. This means that there are no attorney’s fees incurred unless there is a recovery and our attorney’s fees come solely from the monetary award that you recover.